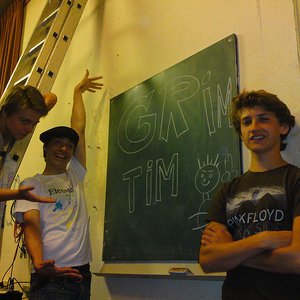 Grim Tim started out as a two-piece named Synergy, it consisted of David Henry on guitar and vocals and Dustin Boerrigter on drums. Soon, Synergy was expanded into a true Power Trio, Koen Frijns joined the band as their bass player. This marked the beginning of a new era and was accompanied by the change in name to Grim Tim. After several years of playing in bars, clubs and other locations, writing religiously and perfecting their craft, Dustin, Koen and David have carved out some mean Alternative Rattle Rock chops and are about to take Grim Tim to the next level with the release of Cygnet Strumpet House, their debut EP.