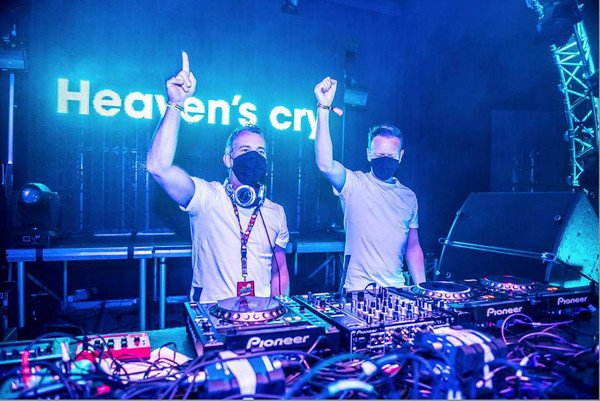 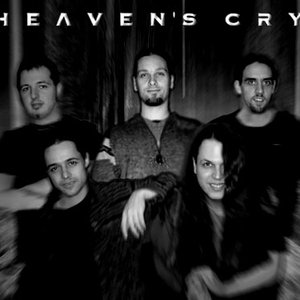 There are atleast two seperate artists using the name "Heaven's Cry":
1) Heaven's Cry was formed in the early 1990s as a progressive rock band with a metal tangent.
From the French part of Canada in the city of Montreal, Pierre St-Jean (vocals, guitars) and Sylvain Auclair (vocals, bass) decided to join their efforts, building a dual voice oriented band. Both had played clubs in several bands before HC and had various experiences in songwriting. The time had come to get on track with a serious project that would reflect their aspirations in a proper way.

They released their first album Food For Thought Substitute in 1996 in Japan and earned 13th metal album of the year in the reputed "Burrn! Magazine". It was released in Europe and Canada the following year. In the early 2000s René Lacharité (drums) and Eric Jarrin (guitar) joined the band line-up and Primal Power Addiction was released in Europe in October 2002 on the Dutch label, DVS Records and then in North America in March 2003. Both albums received high praise all across the globe and they appeared at various progressive festivals in both North America and Europe and supported bands like Marillion, Saga and Threshold, among many others in the progressive rock world.

Following a 7 year hiatus where some of the members focused on other bands, Heaven's Cry reformed and signed to Prosthetic. In 2012 they released the aforementioned Wheels of Impermanence and continued playing shows and festivals worldwide. Then at the start of 2015, they began work on what would become their finest offering to date.

Often as it is in the progressive rock world, Outcast tells us a story. Throughout history, human evolution has leaped forward and has always been preceded by a dark period in time. We are now once again on the verge of a new day. The governments in place care only about profit, power & control. They lie and deceive to protect their political agendas and interests. Nevertheless, the night is darkest just before dawn. There is still hope to turn things around. The human race is faced with this task once again: to succeed in transforming and reinventing itself in order to survive the next evolutionary step.

"The State tends to, I quote, make man an instrument to serve its arbitrary ends, overlooking his individual purposes and since man is in his essence a free, searching, self-perfecting being, it follows that the state is a profoundly anti-human institution." – Noam Chomsky, 1970

Inspired by the recent political climate, singer Sylvain Auclair, used this as well as some of our world's most motivational speakers to create the narrative that shapes the album. Auclair expands: When I wrote the basic structure of "The Human Factor", I was inspired by the song "Peacemaker Die" by the band Extreme. They'd inserted Martin Luther King's "I have a dream" speech in the instrumental part of their song. It made me connect to history and realize how powerful and hopeful that speech was

Outcast kicks off with the infections, riff heavy, The Human Factor. It's these hooks from guitarists Eric Jarrin (of metal pioneers, Despised Icon) and Pierre St. Jean (who contributes vocals as well) that has set them apart from their prog metal contemporaries. The Human Factor also stands out as it features a selection from one of American activist, Noam Chomsky, speeches. Auclair explains how this came about: "Pierre introduced me to Noam Chomsky's work in the early 2000s. So when came time to dress up that two-minute instrumental part in "The Human Factor", Noam's 1970 "Government in the Future" lecture was a perfect fit"

The album then moves on into the crescendoing title track before going into the epic 14 minute plus The Day The System Failed, which is divided into 4 parts, paying homage to some of their greatest inspirations: King Crimson and their Canadian brethren in Rush. The album then slows down in mood and closes out with Alive, another riff filled track that offers change and hope, though telling it must come from within us all.

"…humanity would be ennobled by the very things which now, though beautiful in themselves, so often tend to be degraded." – Noam Chomsky, 1970