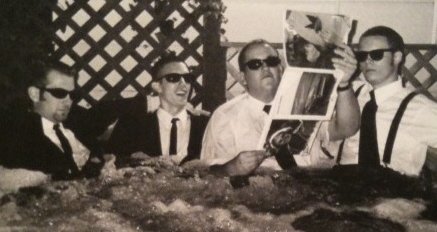 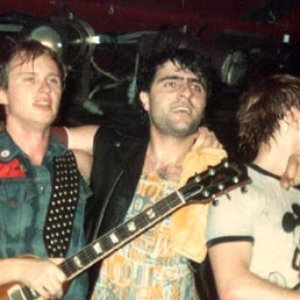 The Hitmen were an Australian indie rock band. The group went through a large number of lineup changes in its short late 1970s and early 1980s run, then regrouped under a new name, The Hitmen DTK, between 1989 and 1992.

Radio Birdman backup singer Johnny Kannis first formed the group as Johnny and the Hitmen in 1977. They recorded three songs and released two of them as a 7" under Johnny's name in 1978. When Radio Birdman's European tour went awry in 1978, some of its members joined Kannis' band. The group began touring, and signed to Warner Bros. Records in 1979, releasing their first single in July of that year. A second single followed the next year, and in December 1980, the band entered the studio. The result was 1981's self-titled full length, released in July, and the group supported Steppenwolf on an Australian tour.
In 1982, the group left Warner Bros. Records and signed to RCA Records, quickly releasing a follow-up LP that ended up selling poorly. When Iggy Pop toured Australia in 1983, three of The Hitmen and one member of The Celibate Rifles were selected as a backing band to Radio Birdman singer Rob Younger, who was picked as the opening act (as The New Christs). Kannis went on the road with a new band, Johnny Kannis and the Night Train, during this hiatus. Kannis was injured in a car accident on tour and was out of commission for over a year; the group broke up shortly after a farewell tour once Kannis was well again. Following this was a live album, Tora Tora DTK, for which the band did a few one-off shows in 1985.
Towards the end of the 1980s, Kannis re-formed the Hitmen with a new lineup as the Hitmen DTK. After one EP, the lineup changed yet again, and in 1991 another LP followed after recording sessions in Austin, Texas. The group toured Australia opening for Dark Carnival, but broke up, this time for good, soon after.