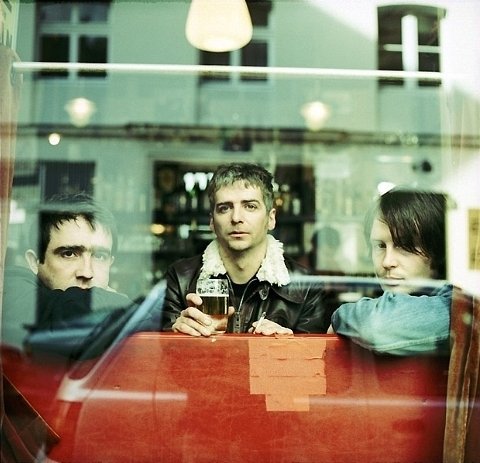 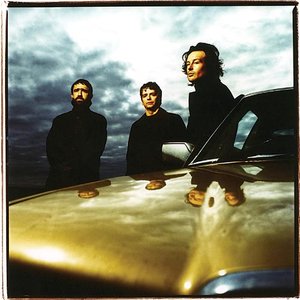 I Am Kloot was a band formed in Manchester, United Kingdom. Active from 1999 to 2016, the band's line-up remained unchanged: John Bramwell (guitar/vocals), Peter Jobson (bass) and Andy Hargreaves (drums).

Their début single, 'To You', on Ugly Man Records was produced by and featured backing vocals by Guy Garvey, lead singer of Еlbow.

Début album Natural History was released in March 2001 on Wall of Sound offshoot We Love You. It was followed by the self-titled I Am Kloot in September 2003 on the Echo label. In their early years I Am Kloot were regarded by many as an example of the 'quiet is the new loud' trend in indie rock, as they gained prominence in the same years as, for example, Turin Brakes and Norway's Kings of Convenience. I Am Kloot, however mostly acoustic, were definitely not always 'quiet', if only because of Bramwell's rough singing and Hargreaves' often powerful drumming.

The third 'Kloot' LP, Gods and Monsters, was released in April 2005. The band subsequently announced their departure from the label, citing reasons such as a lack of financial support and the cancellation of singles at short notice. The band released a compilation of radio sessions, BBC Radio 1 John Peel Sessions in October 2006, a collection of two Peel Sessions and other rarities.

Their fourth album, I Am Kloot Play Moolah Rouge, was released in April 2008. Once again a compilation album followed in its slipstream, this time 2009's collection of B-sides, rare recordings, sessions, and previously unreleased material, entitled B.

Following the somewhat disappointing sales of the 'Moolah Rouge' album, I Am Kloot had Elbow's Guy Garvey and Craig Potter produce their next studio album, which turned out to be a majestic return to form. Sky at Night (released July 2010) was shortlisted for the Mercury Prize and charted at #24 in the U.K. album charts.

I Am Kloot were back on the map. 2013's Let It All In became their highest charting album in the U.K. (#10), but would turn out to be their final studio LP together. There would be two more releases (a soundtrack album called From There to Here in 2014, and a 2015 live album entitled Hold Back the Night: I Am Kloot Live) before John Bramwell announced (in late 2017) that the group had quietly split up a year or so earlier.

"There was no heavy break-up or anything," Bramwell said. "I just wanted to do something else. I'll never say never to getting back together but I was in I Am Kloot most of my adult life, but just as you can go to a great place on holiday year after year, sooner or later you want to go to somewhere else."