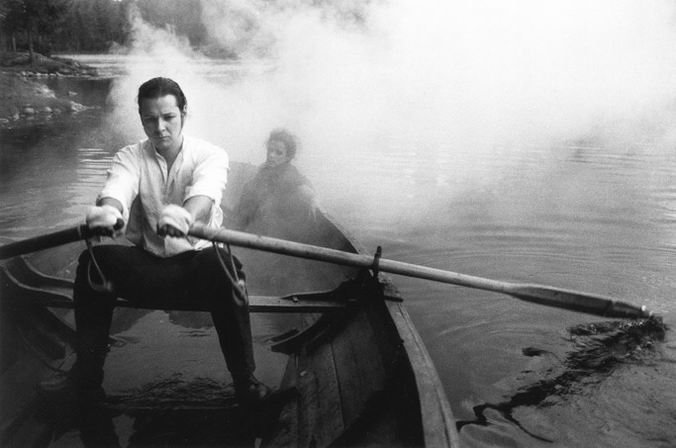 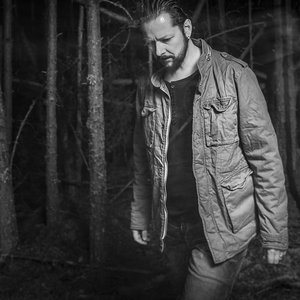 Ihsahn (born 1975), born Vegard Sverre Tveitan, is a Norwegian guitar, bass and keyboard player and vocalist. He is best known for his work with Norwegian black metal band Emperor. He played in Peccatum with his wife Ihriel (real name Heidi S. Tveitan) until 2006 and has appeared in Thou Shalt Suffer, Zyklon-B and Hardingrock, and now devotes himself to his solo project, Ihsahn. In very early releases he went by the name Ygg.

Born in the town of Notodden, Norway, Tveitan began playing piano at seven and guitar at ten and began recording songs shortly thereafter. His influences range from heavy metal, classical, ambient and techno. He grew up on a large farm in rural Norway.

Tveitan first met his partner in numerous musical projects, Tomas Thormodsæter Haugen (a.k.a. Samoth) at the age of thirteen at a music seminar. Tveitan gained Haugen's attention with his Iron Maiden patches. In 1991 they formed Thou Shalt Suffer together, a death/black metal band where Tveitan was guitarist and keyboardist. They produced several releases before Haugen left the band. Tveitan was left as the only member of the band and continues it to this day as a side-project. Unlike his solo work under his own name, Ihsahn's latest compositions for Thou Shalt Suffer are predominately keyboard-based and more classical in nature and influence.

After Haugen's departure from Thou Shalt suffer, the two formed Emperor where Tveitan again played guitar and provided vocals and keyboards. Emperor had a much more refined black metal sound which showcased Tveitan's developing keyboard sound, a distinct feature that would appear in his later releases. The band at this time received much support and encouragement from black metal pioneer Euronymous (member of the black metal band Mayhem) and after several demos, In the Nightside Eclipse was released to much acclaim.

Shortly thereafter, bandmates Haugen and Bård Eithun (a.k.a. Faust) were arrested and imprisoned leaving Tveitan to his own devices. He retreated to a property owned by his family to compose much of what would later become Anthems to the Welkin at Dusk, which was recorded after the parole of Haugen.

In 1995 the cult album Blood Must Be Shed from Zyklon-B was released featuring members of Emperor and Satyricon, with Tveitan on synth. In 1998 Tveitan formed, along with his wife Heidi Tveitan (a.k.a. Ihriel), the highly experimental project Peccatum. In 1999 Emperor released IX Equilibrium.

Peccatum would feature his trademark synth sound as well as clean and black vocals. Over the years Peccatum has released five albums and EPs and was Tveitan's main project until the project was ended in early March 2006.

In 2001, the final Emperor album was realesed. A studio album, Prometheus: The Discipline of Fire & Demise was entirely composed by Tveitan and featured much more complex melodies than previous works. It had significantly less synth than before. It was at this time Emperor mutually decided to dissolve, leaving the band with more time to focus on side projects.

On September 30th 2005, Emperor made a surprise return at Scream's 15-year anniversary party in Oslo at the Rockefeller. The move was kept top secret, was only known by a handful of people, and they played three songs only. This was to announce the reuniting of the band for a few shows around Europe and America in 2006, namely at the Wacken Open Air festival and Inferno Festival.

His first solo album The Adversary was released in April 2006. All work was done by him with the exception of percussion, which was done by Asgeir Mickelson (Borknagar, Vintersorg and others). It showcases his progressive influences as well as heavy metal, black metal and classical music. The album was recorded at Symphonique Studios in Norway and is to be released on his label Mnemosyne Productions, which was formed in 2003 with Ihriel. A video accompanies the track Invocation.

As well as being a talented musician, Tveitan is also a capable artist and once considered doing the artwork for a Thou Shalt Suffer album. He presently lives in Notodden, Norway with his wife and one dog, an Akita Inu. He also teaches music at the local school.

From Official Myspace:
Just thirty years of age, Ihsahn has traveled far beyond his rural beginnings. In little more than a decade, the largely self-taught musician has amassed a resume that when combined exceeds more than three quarters of a million worldwide album sales. His cumulative professional accolades include a 2001 Spelleman (Norwegian Grammy) Award nomination, 2003 Notodden City Cultural Award, and countless "Best of" class honors in internationally respected metal and rock magazines including Terrorizer, Metal Maniacs, Revolver, Kerrang!, Guitar World and many more. Now with The Adversary, the former Emperor vocalist/guitarist steps outside the comforts of an ensemble or collaboration and commands for the first time his most challenging project - a solo album.