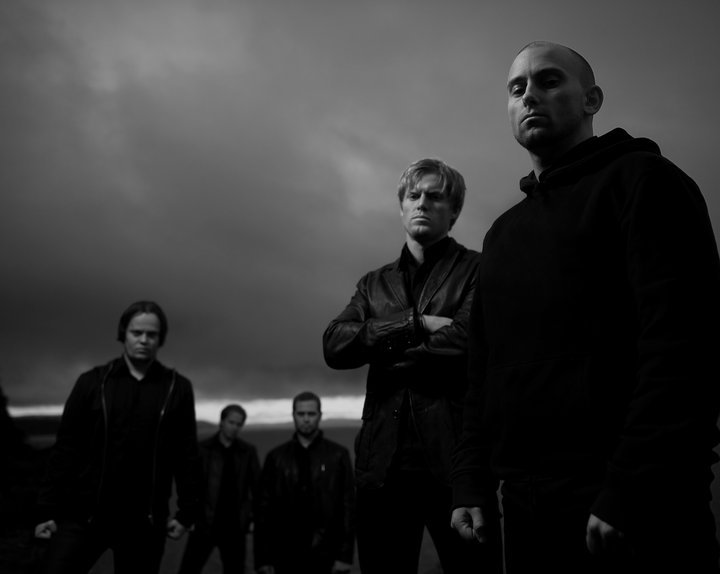 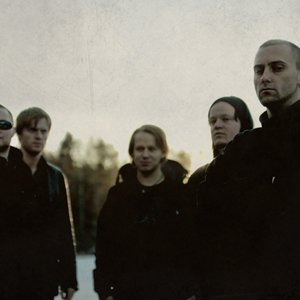 There are a few artists with this name.

1)In Vain is a progressive death metal band from Kristiansand, Norway.
Their music can be described as melodic extreme metal, and it is mainly composed by their guitarist Johnar Haaland. The band has released three albums, and toured Europe with Solefald in 2013 and My Silent Wake in 2010. In Vain has also played concerts in Norway. They, for example, played at the Inferno Metal Festival in 2013.

The band was formed by guitarist Johnar Haaland and Andreas Frigstad in 2003. In 2004 they recorded their first release, a three track EP Will the Sun ever rise again. The following year, December 2005, they released another EP named Wounds. Their music had then moved in a more diverse and progressive direction. In 2006 the full length The Latter Rain was recorded in DUB studio. Close to 20 guest musicians participated in the recordings, amongst them Jan K. Transeth and Kjetil Nordhus. The Latter Rain was released in 2007. Live appearances started to happen, they played live with Battered and Vreid on the Northern Brigade Tour in March-April 2007. Summer 2008 saw them starting to record their second full length album Mantra, that was released in 2010. Due to non musical issues the process of writing songs for their third album was delayed, and Ænigma was released in 2013.

2) In Vain was an emo/hardcore band, active in the mid 1990s.
They released a demo cassette, a self-titled 7", a split 7" with Council of Five Nations, a split 7" with Piebald and had a song on the Youth Power Records compilation 7" .
Their sound was comparable to better-known bands such as Current and Native Nod.
They had a throbbing bass sound with a squealing guitar sound, that was broken up in parts with arpeggios and creative walking basslines that were a staple of the emo sound.
Their vocals were very outwardly emotional and dissonant and whilst they were "introspective" their sound was rooted in punk rock, like counterparts Chino Horde and Prozac Memory.

3) One In Vain (website) was an unsigned dark rock act from Gothenburg, Sweden, formed in 1998 and disbanded in 2007. Early on influences like Anathema and Paradise Lost shone through in anything but a subtle manner. Pure doom.. Evolution happened fast in the In Vain camp and within a year there was a change of singer - out with growls, in with soaring, clean vocals. A change made to acompany the progression of the song writing.

In 2001 In Vain released their first self-financed EP. Six melodic songs of over-the-top hopeless dark, spanning 36 minutes. It was pretty well received and got some good reviews although showing definite signs of freshmanship. References voiced still put them in the Paradise Lost/Katatonia/Anathema group, but no longer in their early days, rather mid to late 90's.

Not much happened for a couple of years after that. In Vain were offered a record deal with a newly started independent label in North America, but respectfully turned it down. Six months later the label disappeared off the face of the planet.

May 2004 In Vain had their second EP in hand. Recorded on several seperate occassions between 2001 and 2004, the songs still managed to sound as one unit. Released on their website one track at a time, free for all, it shows natural progression and more maturity than its predecessor. Again some very positive reviews dropped in and six years after getting together, the band finally felt confident enough to start sending it to various labels. A sound had been set, an identity shaped and a following - though small - established.

A third EP featuring some 5 or 6 brand new songs will be recorded (and hopefully also released to the public) during 2006.

4) Yet another artist called In Vain is a Spanish classic heavy metal band.

In Vain began with a bunch of childhood friends (Dani, Fabio and Álex). At high school their music likings moved to Hard Rock and Heavy Metal, and so Dani started to play the guitar, and soon, Álex joined him. Around this time they met Usama, a high school mate who joined them playing the guitar too, but later he would leave it to play the bass.

These were hard times, no place to practice, no drums and bad quality instruments. Then in Rivas, their home town, the city council built rehearsal premises, where they could practice as a band at least once a week. With drums and no drummer, Fabio had to take this role, even though what he played was the keyboards. A name was needed for the band, so N.G., a name which came out from a joke, was temporally chosen, integrated by Dani and Álex playing the guitars, Usama playing the bass and Fabio (who actually played the keyboards) as the drummer, still with no vocalist.

In 2002 Álex left the band for studying reasons, and Moncho, guitar player from the band Profecía, was the one who replaced him. Later Álex rejoined the band and, with Dani as guitar player and provisional vocalist, Moncho and Álex playing the guitar, Usama playing the bass and Fabio as the drummer, a first complete formation was established, so they started playing live, and at the same time, each one started taking music lessons.

At the end of 2003, in one of their shows they met Teo (drummer of the Punk Rock band Preaching in Pants), and he became the new drummer of the still called N.G. formation, so Fabio moved to keyboards at last. Now with six members, the name changed to In Vain, and Dani became the vocalist permanently. Since then they played several live shows and recorded their first demo, Spirit of Earth, with their first four songs.

In 2005, the band continued practising, playing live and composed new songs, being its style classic heavy metal, as the one played in the 80’s by great bands like Iron Maiden or Running Wild. In September they participated in the 8th Rivas Vaciamadrid Pop-Rock Contest, with more than 100 bands, winning the price for the best local band.

2006 is the year for In Vain, they have played gigs even in France, got some thrash influences which make their songs more varied and they are recording its second demo, with better equipment. It will be ready soon!

5) A fifth band called In Vain was started in Belgium in 2006 by Frédéric De Schepper (Guitar & Vocals), together with Sander Van Dam (Guitar), Roel Van Doorsselaere (Bass) and Steven De Hertogh (Drums). They released their first demo album in September 2007.

6) In Vain is also an unsigned band from Poland which started in November 2006. In Vain plays instrumental progressive rock with a blend of metal. Recently they've decided to change the name to mindsedge in order not to "steal" the name of the Norwegian progressive death metal band.

7) Another artist named IN VAIN is a beatdown hardcore / mosh metal band from Houston, TX.
Formed in 2009, the band has released a 4 song EP and currently has a new song "Columbine" on their myspace.

The band is on hiatus until 2011 to confirm a final line up.

8) Also there's an In Vain from Greece