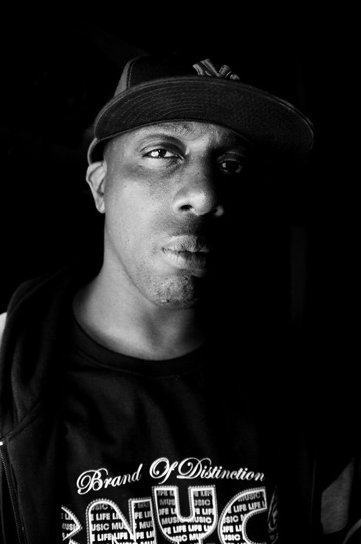 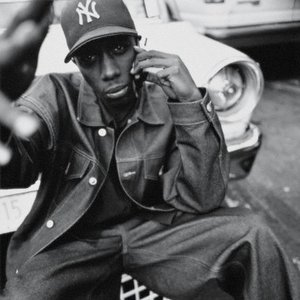 Jason Hunter, (born July 6, 1970) better known as Inspectah Deck (aka Rebel INS), is an American rapper, producer, and actor. A member of the Wu-Tang Clan, although known for his lyricism, has not achieved the same level of commercial success in his solo career as some of his counterparts (such as Ghostface Killah or Method Man) though he continues to be respected and actively releases material.

Hunter routinely mentions the Park Hill Projects in Clifton, Staten Island, NY, where he grew up, going to school with the future Ghostface Killah, Raekwon and Method Man. Coming from a musical family, his father died when he was 6, and seeing his mother support the family contributed to his laid-back, quiet mentality; this led to his stage name, as he decided to play a low-key counterbalance to the antics of RZA, Method Man and Ol' Dirty Bastard. This is also referenced by Method Man at the end of the track "Can it Be All So Simple?" on "Enter the Wu-Tang (36 Chambers)', stating.

However, Deck was featured as much, if not more, than any other of his fellow clansmen on the group's 1993 debut album, "Enter the Wu Tang (36 Chambers)". While keeping a relatively high profile on Wu-Tang group releases — including highly-praised verses on the singles "C.R.E.A.M." and "Triumph", from 36 Chambers and Wu-Tang Forever, respectively — Deck has had less success with his own solo career. Originally set to release an album in 1997, his first effort, Uncontrolled Substance, was delayed until 1999, after a flood in RZA's basement destroyed over a hundred beats, including those meant for Deck's album. According to Wu affiliate Cilvaringz, "Recently Deck pulled out some disks from the flood and they worked again and he used 1 for his upcoming album on Koch."

In the years following the release of the highly successful debut album of the Wu-Tang Clan, Hunter would appear on several Wu members' solo albums, including the critically acclaimed trio "Only Built 4 Cuban Linx…" by Raekwon, "Liquid Swords" by GZA and "Ironman" by Ghostface Killah. On the Clan's second group album, "Wu-Tang Forever" (1997), Deck produced the track "Visionz" and contributed a solo track, "The City." He also provided production for some of his Wu cohorts, including "Kiss of a Black Widow" for RZA's "RZA as Bobby Digital in Stereo", and "Elements" and "Spazzola" from Method Man's sophomore "Tical 2000: Judgement Day". In 1999, he finally released his debut solo album, featuring a number of less-exposed Wu-Tang affiliates as guests and more of Deck's own production. The album received strong reviews but failed to garner him the popularity enjoyed by some of his groupmates; Deck subsequently returned to the Wu-Tang fold for the albums "The W" and "Iron Flag", also providing beats for GZA's sophomore "Beneath the Surface" and Ghostface Killah's "Supreme Clientele". In 2003 the rapper released his follow-up, "The Movement". That album failed to live up to Deck's expectations, and soon he was back to planning his next album, "The Rebellion"; three years later, in 2006, he released "The Resident Patient", intended as a precursor to the album. The rapper took a hiatus to record "8 Diagrams" with the group, partaking in the controversy sparked when Raekwon and Ghostface Killah disparaged RZA's tight control of the album, championing Ghost's album "The Big Doe Rehab"
“I feel like we have to give them a newer, better album such as the new Ghost album. I’m not saying that’s the truth either. I’m just saying that his album sounds like what a Wu-Tang album should sound like, but it’s him by himself.”

He has also mentioned "The Rebellion" again, confirming production by RZA and the Wu-Elements; it is now set to come after "The Resident Patient 2" and will, reportedly, be Deck's final album as a solo artist. Deck is also featured on several tracks of Raekwon's most recent album, "Only Built 4 Cuban Linx… Pt. II".

On March 23rd, 2010 he will drop his 3rd album entitled "The Manifesto", with guest-appearances from Raekwon, Cormega,Termanology , Planet Asia, Cappadonna, Kurupt and M.O.P.'s Billy Danze. Deck himself will be producing on the album as well as having outside contributions: most notably, The Revelations who produced on Wu-Tang's Chamber Music.

In 2008, a mixtape entitled "The Resident Patient 2" was leaked to the internet, featuring some original material as well as freestyles over other artists' songs. In a recent interview, Deck stated that "The Manifesto" was meant to be the originally announced full-length sequel, "The Resident Patient 2". Since the early leak of "The Manifesto", he has begun work already on his final album "The Rebellion" and has expressed his interest in having Snoop Dogg, E-40, Nas & Jadakiss as guests but wanted to involve more of his fellow Clansmen on this album. He had also stated on a interview with Conspiracy Radio he will only retire from albums if the fans show support for "The Manifesto" and "The Rebellion". He has also expressed his wish to release an instrumental album of his own production similar to the ones put out by Alchemist, Ayatollah & Pete Rock. The album is to be entitled 'Instrumartyr' & recently confirmed March, 2011 as the release for The Rebellion according to his Twitter.