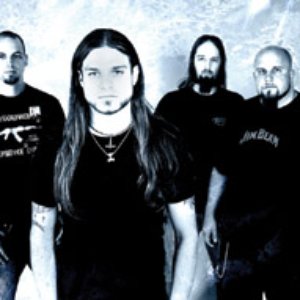 Founded in Regina, Saskatchewan (Canada) by Tim Roth in the 1997, INTO ETERNITY first caught the attention of a small Dutch label that released their self-titled debut in 2000. Two years later, sophomore album Dead or Dreaming – released internationally by Century Media, and supported by tours with Dying Fetus, Kataklysm and Hate Eternal - formally introduced the band to the metal world.

One of the most critically acclaimed bands in metal and undoubtedly one of its hardest-working, INTO ETERNITY borrows from all aspects of heavy music to form the perfect blend of technicality, memorable songwriting, traditional heavy metal and the sheer savagery of metal's extreme genres.

INTO ETERNITY's first concept album, "The Incurable Tragedy", also marked the first recording effort with new members Justin Bender (guitars) and Steve Bolognese (drums). This offering was inspired by the deaths of Roth's two best friends, brothers who succumbed to cancer within two months of one another. To make matters worse, when the band began demoing new material shortly after the completion of the Scattering tour - a star-making year of shows that saw the band perform alongside such internationally renowned acts as Dream Theater, Lamb of God, Megadeth, Opeth, Arch Enemy, The Haunted and Dark Tranquillity - Roth's father was diagnosed with cancer as well. Showing no mercy, the disease claimed his life last year, just 10 days before Christmas.
"The Incurable Tragedy" features a slew of tracks with the band’s trademarked heavy grooves, stop-on-a-dime time changes, reflective lyrics, memorable choruses, shredding solos, and vocals that range from guttural growls to soaring harmonies. This album proves to be the perfect cure for those suffering from a lack of progressive metal perfection and is sure to rank upon many top ten year end lists.