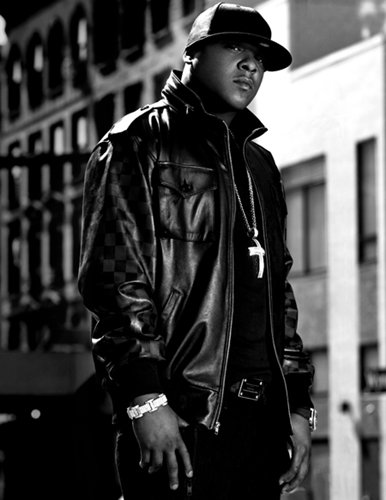 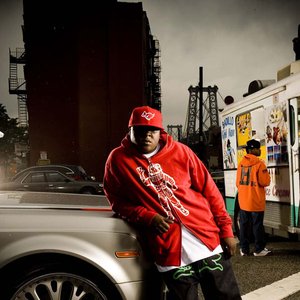 Jason Phillips (born May 27, 1975 in Yonkers, New York), better known by his stage name Jadakiss, is an American rapper currently signed to Roc-A-Fella Records. He is also a member of the rap group The LOX, which he formed in 1994 with friends Jamaal, Sheek Louch, and Styles P. He released his solo debut album Kiss Tha Game Goodbye in 2001, and followed this with 2004's Kiss of Death and his most recent album, 2009's The Last Kiss.

By the age of twelve, Jadakiss was a freestyle rapper, engaging in competitions. He and some of his friends were given the opportunity to compete in the "Jack the Rapper Competition" in Florida, where Jadakiss was noticed for his battle rap ability. He met Dee and Wah of the Ruff Ryders (then a management company), and began hanging out and battling outside of the Ruff Ryders' studio where artists like DMX made their first hits.

Jadakiss founded the rap group the Warlox in 1994 with friends Jamaal, Sheek Louch, and Styles P. They later signed to Bad Boy Entertainment, where it was suggested that they change their name simply to "The LOX", which came to stand for Living Off eXperience. They made their first appearance on The Main Source's 1994 LP "Fuck What You Think" on the track "Set it Off".

The group, especially Jadakiss, developed a close relationship with The Notorious B.I.G., during which time Jadakiss was taken under Biggie's wing. The LOX's first multi-platinum hit was the tribute to Biggie called "We'll Always Love Big Poppa" (the B-side to Puff Daddy's "I'll Be Missing You") in 1997. In 1998, the LOX released Money, Power, Respect. Following this album, they left Bad Boy Records.

Jada's debut solo album, Kiss the Game Goodbye, was released in August 2001 under the Ruff Ryders/Interscope label. The album featured popular guests and producers such as Snoop Dogg and Swizz Beatz, but was written off as repetitive and uninspired. Jadakiss has acknowledged the criticism as, generally speaking, valid, saying the record was done less out of inspiration and more out of contract obligations to Bad Boy. The album produced the single "Put Ya Hands Up" with the chorus "Put ya hands up/nah, f**k that/ Put ya hands down" reflecting Jada's distance from the album.

Jadakiss' second album, Kiss of Death, was released in June 2004. Prior to the release, his fans were polled, and most claimed the rapper wasn't personal enough in his lyrical stylings. As a result, Jadakiss released the song, "Why?", which bared his innermost thoughts, and it became one of the biggest hits of that year, spawning a remix featuring Styles P, Common, Nas, and Anthony Hamilton. It remains as his biggest hit, peaking at #11 on the Hot 100. Another single from the record, "You Make Me Wanna" featured Mariah Carey and was a much more commercially driven love song. Kiss of Death did not reflect the popularity of its lead single, but it was better-received than his first effort, eventually achieving platinum-selling status.

Recently, in late 2007, Jadakiss signed to Jay-Z's Roc-a-Fella Records, a move Jay had been trying to arrange for a long period of time. He reportedly will have an as-yet-untitled album on Roc-a-Fella in 2008, executive produced by both Jay-Z and the Ruff Ryders CEOs/management team of Dee and Wah. The move comes on the heels of increased D-Block/Roc-a-Fella collaborations; in 2006, Kiss and former rival Beanie Sigel collaborated on DJ Khaled's album Listen…, and in 2007, on Freeway's album Free At Last, while Styles P has appeared on a radio freestyle with Freeway and Sigel. He has also appeared briefly in Jay-Z's latest video for his American Gangster second single, Roc Boys, in which he appears throwing up the famous Roc-a-Fella sign, "the Diamond."

On May 26th 2008, The New York Post reported in its Page Six section that Jadakiss has signed on to play a gang leader in Russell Costanzo's provocative movie-directing debut, "The Tested"