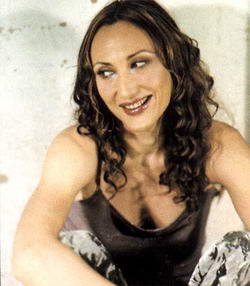 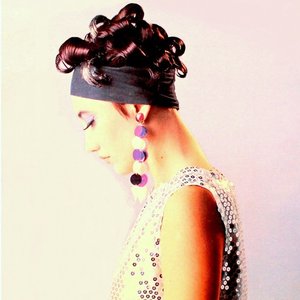 Her real name is Marina Restuccia. She was born in Roma on June 5th 1969. She started her carreer as chorist and dancer for the Italian TV channels Canale 5 and Rai.

She signed a contract with Flying Records and started collaborating with Frank Minoia in 1991. Frank was a composer, songwriter and remixer (among others, he remixed Joy Salinas' song Bip Bip, Tonya Gipson Say Ooh and Delicious Stand Up). Along with Max Minoia, he had also created the project Latin Blood.

Her very first track was entitled Burnin' Up, recorded in 1991.

Memories Memories was released in 1991 under Flying Records in UK. It was arranged and mixed by Roberto Perrante & Max 'n' Frank Minoia. It featured vocals by Chrystal White.

The following year, the single Two Time Baby was released, still under Flying Records. In Japan, after the publishing of her album Different Moods, a single was released : Special Love.

Get Ready was produced by Fresh 'N Funk. The Coco Deep Dub was a remix by Claudio Coccoluto.

1993 : she collaborated with DJ Phil on his single Right & Wrong. She also contributed to the radio version of Uptown's Don't Leave Me This Way with Sima and Freddy

Don't Be Shy was written by F. Minoia and M. Restuccia. It was produced, arranged & performed by Max 'N' Frank Minoia at Livexpress Production, in Rome. It included, among others, a Phil Clary And Paul Micioni Club Mix which had been recorded and mixed by Claudio Zuccaroli and Peter Micioni at Gimmick Studios, in Rome. The Dub Underground and the Trance Mix were remixed by Maurizio Verbeni, Paolo Cimarelli, Mirko Braida for Voice Of The Underground Productions, recorded and mixed at Midi Studio Recording 1X2, Assisi. Executive producers were Paul & Peter Micioni for Big Doings Publ (X-12146).

The follow-up single was People (Everybody Needs Love), as usual composed by Frank Minoia and released in Germany under Shift Music. In 1994 too, Jamie sung vocals fo JFM Project's The Power Of Love.

Then came the excellent eurodance single So Good, which was released in Italy under X-energy records (X - 12166), licensed in Germany under ZYX. It was composed and written by Frank Minoia and Jamie. The same year, Jamie did vocals on Blunero Dreams and Mistral Daddy.

The song called U was released on the Japanese compilation House revolution Vol.48. 3 versions of the vinyl were produced by Marco Giola , Mauro Minieri , Peter Micioni. The 70s mix was produced by Frank Minoia. Released in 1996 (X-12211), this was the last record to be released by Jamie Dee.

Jamie Dee was also featured by PF Sound on the single I Still Haven't Found, released in May 1996. She also recorded a cover of Barbara Lynn's You Make Me So Hot, released in Sweden as Orange Rec.

Then she changed her alias, becoming Marina Rei and released the single Sola, the trend was not dance anymore, but soul and acid jazz. Then came the single Noi and the album Marina Rei.

2004 : she contributed to the CD-tribute to Franco Battiato Voli imprevedibili.

2008 : she participated once again to Sanremo festival, with Paola Turci, with the song Il solito sesso.