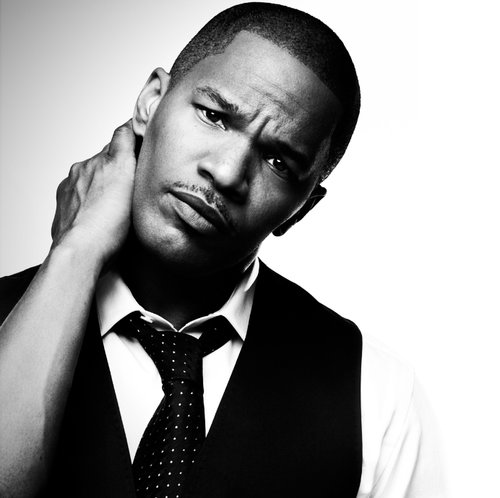 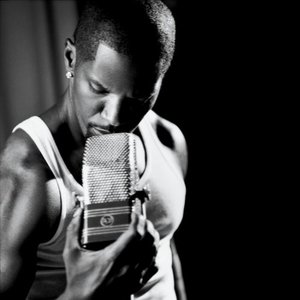 Eric Morlon Bishop, Jr. (born December 13, 1967 in Terrell, Texas), better known by his stage name Jamie Foxx, is an Academy Award winning actor, Grammy Award winning multi-platinum selling R&B singer, and critically acclaimed comedian. As a singer he has three multi-platinum releases; 1994’s Peep This, 2005’s Unpredictable and 2008’s Intuition. His fourth studio album, Best Night of My Life, will be released December 21. Foxx received a star on the Hollywood Walk of Fame on September 14, 2007. He is perhaps best known for playing Ray Charles in the movie Ray and being featured on Kanye West’s hit single Gold Digger.

One of the most popular African-American comedians of the late 1990s, TV star turned screen actor Jamie Foxx first became known for his many roles on Keenen Ivory Wayans’ long-running comedy variety show In Living Color. Since then, Foxx has played both raucous and sensitive nice-guy roles in a number of films, and earned particular acclaim for his portrayal of a talented but egotistical quarterback in Oliver Stone’s Any Given Sunday.

Born Eric Bishop in the small town of Terrell, Texas, on December 13, 1967, Foxx was raised by his grandparents after his parents separated. He enjoyed a happy upbringing, going to church every day with his grandparents and excelling at everything from academics to music to football. During his teen years he had his first taste of the entertainment business as his church’s choir director and music director, and also started his own R&B band. Foxx studied music while a student at the U.S. International University in San Diego; it was during his college days that he got his start as a stand-up comedian. Attending a comedy club one night with some friends, he was encouraged to take the stage and perform some impersonations, which proved incredibly popular with the audience. Foxx’s enthusiastic reception led to his decision to move to L.A. and pursue a comedy career. At the age of 22 he was hired for In Living Color, and he subsequently landed a recurring role on Charles Dutton’s sitcom Roc in 1985.

Foxx was ultimately given his own show in 1996; that same year, he appeared in a supporting role in The Truth About Cats and Dogs, which cast him as a friend of Ben Chaplin. He was also featured in the boxing satire The Great White Hype, and the following year he got star billing opposite fellow comedian Tommy Davidson in the poorly received comedy Booty Call. After playing a DJ in Ice Cube’s The Players Club (1998), Foxx earned some of his best reviews to date for his role in Any Given Sunday (1999). He subsequently returned to straight comedy, starring in Antoine Fuqua’s crime comedy Bait as an ex-con trying to mend his ways, and as a man caught in a convenience stored robbery in Held Up.

In 2001, Foxx was given an opportunity to again flex the dramatic chops he displayed in Any Given Sunday with a role as Drew Bundi Brown in Michael Mann’s biopic Ali. Then, after a role in the barely seen 2003 Sylvester Stallone drama Shade, Foxx embarked on his busiest year yet. 2004 saw him star in no fewer than four films, the most noteworthy of them being the thriller Collateral. The tense summer flick not only saw Foxx again under the direction of Mann, but cast on an equal level with Hollywood uber-star Tom Cruise. His turn as a hapless cab driver who is forced into a menacing partnership slowly advancing Foxx’s dramatic screen presence, the role served as proof to many that his talents extended well beyond what many may have suspected. When it was announced shortly thereafter that Foxx would be donning the trademark sunglasses to essay the role of legendary blues pianist Ray Charles in Director Taylor Hackford’s eagerly anticipated biopic Ray, it was only a matter of time before audiences found out how deep Foxx’s talents as an actor truly ran. So effective was Foxx in recreating Charles’ unique style and unmistakable visage that many critics speculated an Oscar nomination may be in calling for the one-time funnyman turned dramatic powerhouse. When the star-studded evening in February did finally arrive and the envelope that would reveal the best actor of 2005 was breathlessly opened, Foxx did indeed take the prize — raising already stratospheric expectations regarding his future career to a fever pitch.

Foxx subverted expectations by capitalizing on his Oscar win with an R&B album that garnered respectable reviews and solid sales. He returned to films in the summer action flop Stealth — in a supporting role to would-be superstar Josh Lucas — and appeared as a leader of men in Sam Mendes’ Gulf War film Jarhead. In 2006 he reteamed with Michael Mann, starring as Tubbs in the big-screen adaptation of Miami Vice. Late in the year, he starred in the much-anticipated adaptation of the musical Dreamgirls, opposite fellow actor-musicians hyphenates Eddie Murphy and Beyoncé Knowles. He is also known for his big leading role in Law Abiding Citizen.