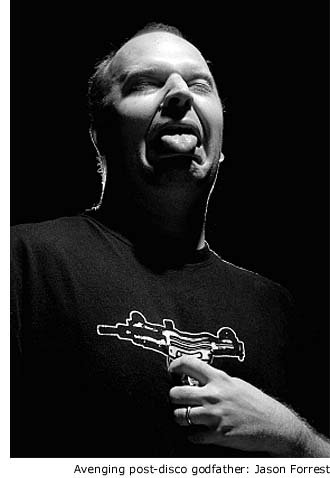 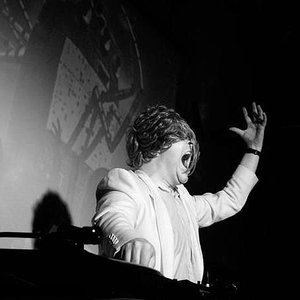 Jason Forrest is an electronic music producer known for noisy experimental electronica and breakcore. Largely produced and performed on a single computer (including live shows), his songs tend to be constructed from digital samples of found sounds and other artists' music.

Until 2004 he recorded under the name Donna Summer then in 2007 he began to re-use the updated "DJ Donna Summer" for the production an performance of dance music.

Besides being a fan himself, there is no connection between Forrest and the pop music/disco artist, Donna Summer. In a 2003 interview with the CBC Radio program, Brave New Waves, he stated that by being a middle class white male using this name he was "subjecting people to a fake issue of diversity" and forcing them "to consider gender a little bit more."

Some of the more conspicuous samples of other artists to be found in Forrest's work include ones from Laurie Anderson, Joe Jackson, Elton John, Creedence Clearwater Revival and Pat Benatar. This (along with his former stage name) shows his interest in appropriation as an artistic concept. Along with many images featured on the Cock Rock Disco website it also shows his interest in recontextualizing popular culture from past decades.

Forrest grew up in South Carolina, has lived in Atlanta and New York City and currently (Winter, 2010) resides in Berlin. He has a BFA in Photography.

He created the record label Cock Rock Disco to release his own recordings. The label now carries a 20- artists including Duran Duran Duran and Dev/Null. Forrest's most recent recordings have come out on the Sonig record label.

In late 2008 Forrest started Nightshifters website, a digital-only label focusing exclusively on new club music from around the world. The label represents 6 artists including his DJ D.S. moniker and releases Ep's approximately every 6-8 weeks.