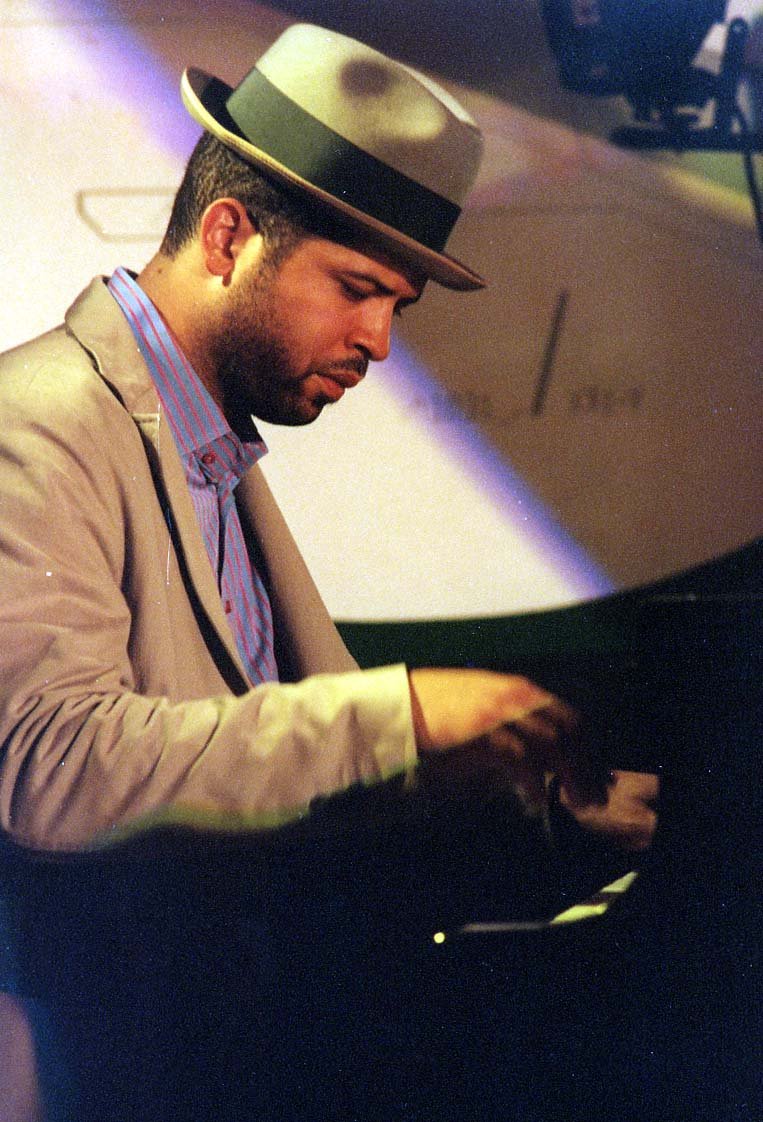 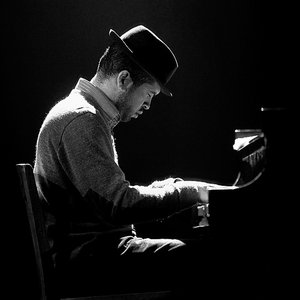 34 year-old pianist Jason Moran has proven, after seven years on the estimable Blue Note Records, more than his brilliance as a performer. He’s established himself as a risk-taker, a seeker of new directions for jazz as a whole. Looking to the wider world of art for inspiration, Moran has found it in edgy 20th century painters like Jean-Michel Basquiat (check out “JAMO Meets SAMO” from Soundtrack to Human Motion, his 1999 debut as a leader, as well as his ongoing series of “Gangsterism” compositions), Egon Schiele (from whose painting entitled “Facing Left” Moran borrowed the title of his second album for Blue Note) and Robert Rauschenberg, whose chaotic refinement inspired Moran’s third album Black Stars, featuring the legendary Sam Rivers.

Jason Moran was born January 21, 1975 in Houston, Texas. He began studying the piano at age 6, but longed to quit the instrument until he first experienced the sounds of jazz legend Thelonious Monk, an experience that renewed his interest in music and established an early role model in his creative development.

Moran went on to attend Houston’s High School for the Performing and Visual Arts where he became an active member of the jazz program, playing in the big band and leading a jazz quartet. His aspirations and talents eventually led him to New York City where he continued his education at the Manhattan School of Music, a school to which he was drawn by the prospect of studying with the pianist Jaki Byard, a jazz leftist who became Moran’s teacher for 4 years and a role model for life. It was during this time that Moran also took lessons from other forward-thinking pianists such as Muhal Richard Abrams and Andrew Hill, creative musicians who imparted a profound influence on Moran, and encouraged him to find his own distinct voice.

In 1997, while Moran was still a senior in college, the drummer Eric Harland, a high school classmate of Moran’s, recommended him to saxophonist Greg Osby who was in the process of assembling a band for a European tour. Osby hired Moran based solely on Harland’s description of his playing, and the match proved to be auspicious. The connection between Osby and Moran was present as soon as they hit the bandstand, and Moran has become a fixture in Osby's touring and recording bands ever since.

Moran made his professional recording debut on Osby’s 1997 Blue Note CD, Further Ado, which brought him to the attention of Blue Note executives who signed the pianist to his own record deal shortly thereafter. The association with Blue Note is fitting, placing Moran in the lineage of innovative pianist/composers whose career beginnings were nurtured by the veteran jazz label, musicians such as Monk, Herbie Hancock and Herbie Nichols.

Moran’s debut recording as a leader, Soundtrack to Human Motion, which found him in the company of Osby, Harland, vibraphonist Stefon Harris and bassist Lonnie Plaxico, was released in 1999 to great critical praise (Ben Ratliff of The New York Times named it the best album of the year). The following year’s Facing Left found Moran stripping down to a trio with bassist Tarus Mateen and drummer Nasheet Waits, and prompted JazzTimes Magazine to declare the album "an instant classic." Moran augmented the trio for his third Blue Note release, Black Stars, adding avant-garde icon Sam Rivers, who plays saxophone, flute and piano on the recording. Gary Giddins of the Village Voice exclaimed "Black Stars is possibly a Blue Note benchmark, definitely one of the year’s outstanding discs."

Moran has performed as a sideman with such artists as Cassandra Wilson, Joe Lovano, Don Byron, Steve Coleman, Lee Konitz, Von Freeman, Ravi Coltrane, and Stefon Harris. He was the youngest honoree of the New Work Commission by the San Francisco Jazz Festival. He was also awarded a grant from Chamber Music America’s "New Works: Creation and Presentation" program, which is funded by the Doris Duke Charitable Foundation. For these two grants Moran used sampled conversations as vocal triggers. These compositions would be the foundation for many of Moran’s new compositions. Jazziz magazine wrote “Moran is blessed with the courage of his own convictions—part scavenger and part seer, fluent in the cut/paste/splice devices of hip hop production….”

The Jazz Journalists Association awarded Moran with the "Up and Coming Jazz Musician" Award in 2003. He has appeared on the cover of JazzTimes (with Joe Lovano and on the cover of Down Beat with his mentor Andrew Hill. Moran topped the Down Beat Critics Poll in three categories in 2003 and 2004 – Rising Star Jazz Artist, Rising Star Pianist, Rising Star Composer. In 2002 and 2003, the First Run Film Festival awarded Moran "Best Original Score" for Pagan Harlemann’s "Two Three Time" and Chris Dillon’s "All We Know of Heaven". New York’s Nightlife Awards honored Moran with awards for "Best Jazz Combo – The Bandwagon" and "Best Performance – Solo Piano at The Jazz Standard".

He has been lecturer/instructor at the Banff Center for The Arts, Denmark’s’ Vallekilde Jazz Camp, Skidmore College, Manhattan School of Music, The New School, the School for Improvised Music (SIM) and his alma-mater, High School for the Performing and Visual Arts (HSPVA). In 1994, Moran’s family created HSPVA’s “Moran Scholarship Award,” which is awarded annually to one outstanding junior and one outstanding senior in jazz. Moran took over responsibility for the selection process in 2001 as a commitment to education.

Jason's sixth release on Blue Note, "Same Mother," was released in February '05. This blues based recording adds guitarist, Marvin Sewell, to the Bandwagon. Same Mother is "a reconsideration of the blues that doesn't depend on clichéd dynamics and song structure' (The New York Times).

His seventh (and most recent) release as a leader on Blue Note, "Artist in Residence," is a groundbreaking result of multiple successful commissioned projects for art and performing arts organizations such as the Walker Art Center in Minneapolis, MN, the Dia Foundation in New York, and Jaz at Lincoln Center. The album features collaborations between Moran and various guests including performance/conceptual artist Joan Jonea and conceptual artist Adrian Piper as well as Abdou Mboup on African percussion, Ralph Alessi on trumpet, as well as Moran's wife, Alician Hall Moran, a clasically trained operatic soprano.

Jason was named Playboy Magazine's first ever Jazz Artist of the Year (2005).