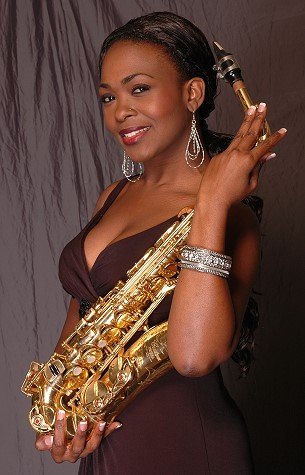 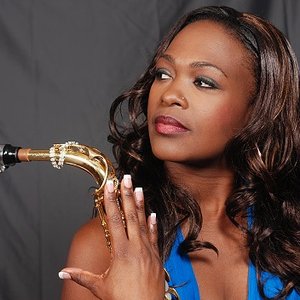 Jeanette started her music career by playing the piano at the age of seven and the saxophone at ten. She immediately connected with the sax and soon realized that people enjoyed hearing her play. While at Roosevelt High School in Fresno, CA; she was the lead alto and played in the jazz, Latin and marching bands. She also kept her love for piano alive by accepting and invitation in her junior year of high school to play in the Fresno City College Latin Band, where she would play until graduating high school.

After high school, Jeanette attended the prestigious Berklee College of Music in Boston, Massachusetts, where she graduated with a Bachelor of Arts degree in Music Performance. She has been rockin’ the stage ever since!

In 2005, Jeanette was recognized as a “Shooting Star” and nominated for “Best Jazz Instrumentalist” by the L.A Black Music Awards. She has had the privilege of opening for and performing with big named artist like: The Rippingtons, Kirk Whalum, Veretta Hathaway, Paul Jackson Jr., Baby Face, B.B. King, Everette Harp, Andre Fischer, Najee, Phil Perry, Howard Hewitt, Denise Williams, Eric Marienthal and Pieces of a Dream to name a few.

She has played in prominent jazz festivals all over the United States. Jeanette performed in Japan for the first time in 2008. Jeanette toured with legendary Teena Marie and was her featured saxophonist and flutist.
Jeanette produced and wrote songs on her second and third CD’s “Reflections” and “Saxified”. To see her perform live is an experience! Jeanette’s live shows are riveting. Her music will make you jump to your feet. Her energy is invigorating and her soulful melodies will leave audiences’ wanting more!