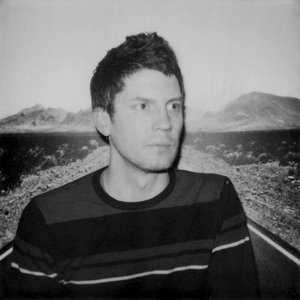 Jed started writing music, playing in bands and touring at a young age. He soon realised his great passion was capturing sound, and collecting sounds together as collage. He studied audio engineering and began his working life as a recording engineer and producer recording sound to analog tape. Exploring his own music, primarily on guitar and using samplers, and continuing to collaborate with others, his composition practice began to broaden, leading to commissions with theatre and dance companies. An interstate move instigated a shift in focus to the film industry, first working in all departments of post production sound, then a move into sound design for feature films, documentaries and television. Now, Jed is an acclaimed film composer, bringing together his vast musical experience, sound post production craft and audio knowledge to create scores for film and television. Jed has composed the scores for feature films including: Upgrade, I Used To Be Normal - A Boyband Fangirl Story, Otherlife, The Infinite Man, and Ukraine Is Not A Brothel. Jed has written music for television including ABC TV's Restoration Australia and SBS TV's Vietnam - War That Made Australia. Jed has also composed scores for Sydney Theatre Company, Malthouse Theatre and Sisters Grimm, Restless Dance Theatre, Sandpit and Google Creative, and scored permanent exhibitions for Melbourne Museum. Jed has sound designed for feature films including: Wasted On The Young, Bring Back The Dead, and The Boy Castaways.