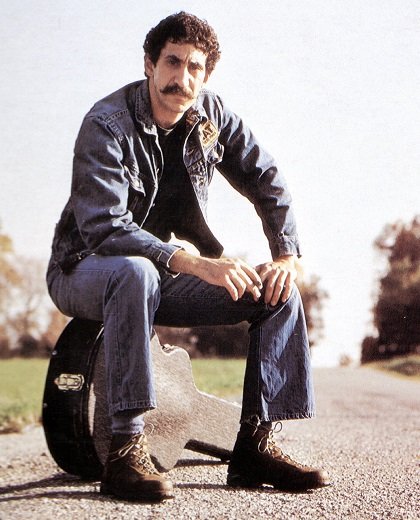 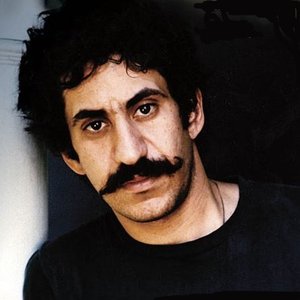 Jim Croce (Jan 10, 1943 ‒ Sept 20, 1973) was an American singer-songwriter from South Philadelphia whose biggest single "Bad, Bad Leroy Brown" hit number 1 on the US charts in the summer of 1973. His influences included Ian & Sylvia, Gordon Lightfoot and Woody Guthrie. Sadly, Croce died in a small commercial plane crash one day before his third album, "I Got a Name" was to be released.

Croce was born in South Philadelphia. He graduated from Upper Darby High School in Drexel Hill, Pennsylvania in 1960 where in 1976, he was the first former student to be added to the high school's Wall of Fame. Then, while attending Villanova University (1965 graduate), Croce became interested in becoming a professional musician and met his future wife, Ingrid, at a hootenanny at Convention Hall in Philadelphia, where he was a judge for the contest.

During the early 1960s, Croce formed a number of college bands and performed at coffee houses and universities, and later with his wife Ingrid as a duo in the mid-1960s to early 1970s. At first their performances included songs by Ian and Sylvia, Gordon Lightfoot, Joan Baez, and Woody Guthrie, but in time they began writing their own music, such as "Age", "Hey Tomorrow", and "Spin, Spin Spin" which later led to Croce's hit songs in the early seventies.

At the same time, Croce got his first long-term gig at a rural bar and steak house in Lima, Pennsylvania, called the Riddle Paddock. There, over the next few years, Croce developed a very engaging rapport with tough audiences and built his musical repertoire to over 3,000 songs. His set list included every genre from blues to country, rock 'n roll to folk, with tender love songs and traditional Bawdy Ballads, always introduced with a story and an impish grin.

In 1968, Jim and Ingrid Croce were encouraged to move to New York City to record their first album with Capitol Records. For the next two years, they drove over 300,000 miles playing small clubs and concerts on the college concert circuit promoting their album Jim & Ingrid Croce.

Then, disillusioned by the music business and New York City, Croce sold all but one guitar to pay the rent, and they returned to the Pennsylvania countryside where Croce got a job driving trucks and doing construction to pay the bills. He called this his "Character Development Period" and spent a lot of his time sitting in the cab of a truck, composing songs about his buddies and the folks he enjoyed meeting at the local bars and truck stops.

In 1972, Croce signed to a three record deal with ABC Records releasing You Don't Mess Around with Jim and Life & Times in the same year. The singles "You Don't Mess Around with Jim", "Operator (That's Not The Way It Feels)" and "Time In A Bottle" (written for his newborn son, A. J. Croce) helped the former album reach #1 on the charts in 1974. Croce's biggest single "Bad, Bad Leroy Brown", hit number 1 on the US charts in the summer of 1973, selling two million copies.

Croce, 30, and Muehleisen, 24, died in a small commercial plane crash on September 20, 1973 in Natchitoches, Louisiana one day before releasing his third ABC album, I Got a Name. The posthumous release included three hits, "I Got A Name", "Workin' At The Car Wash Blues" and "I'll Have To Say I Love You In A Song."

In 1990, Croce was inducted into the Songwriters Hall of Fame.

In the late 1990s, Ingrid Croce, Croce's widow, and their son, A.J. Croce obtained the publishing rights for Croce's entire catalog of songs. Since then they have released Jim Croce Home Recordings, Facets, Jim Croce: Classic Hits, and the first-ever DVD of Jim's television performances on "Have You Heard – Jim Croce Live", with their most recent release in January 2006 of a CD of the same title. They also co-produced a PBS special, with archive footage from the Croce family collection, along with excerpts of their DVD Have You Heard – Jim Croce Live.

In 1985, Ingrid Croce opened "Croce's Restaurant & Jazz Bar", located in the historic Gaslamp District in San Diego, California, partially as a tribute to her late husband.

On his roots: "I never really thought of my neighborhood in South Philly as being a neighborhood, it was more a state of mind. For people who aren't familiar with those kind of places, it's a whole different thing. Like 42nd Street in New York City is a state of mind."