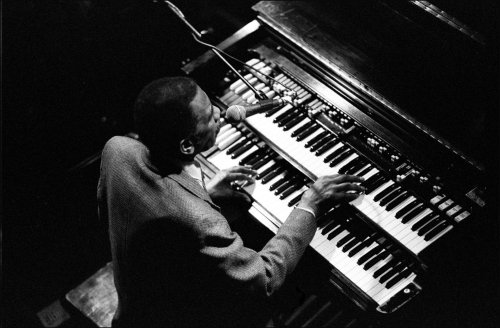 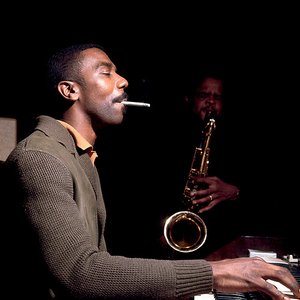 Born James Oscar Smith on 8th December 1925 in Norristown, Pennsylvania, USA. Smith was influenced by both gospel and blues. He first achieved prominence in the 1950s where his recordings became popular on jukeboxes before there were commonly used terms to describe his unique musical flavor. In the sixties and seventies he helped create the jazz style known as soul jazz.

Smith employed a unique technique to emulate a string bass player on the organ. Although he played walking bass lines on the pedals on ballads, for uptempo tunes, he would play the bass line on the lower manual and use the pedals for emphasis on the attack of certain notes. His solos were characterised by percussive chords mixed with very fast melodic improvisation with the right hand.

Smith was a prolific recording artist. He first recorded with the Blue Note label in 1956. His early albums with Blue Note sold very well, improving its financial viability and aiding the label's efforts to promote other artists. They include Home Cookin' , The Sermon!, Midnight Special, Prayer Meetin' , and Back at the Chicken Shack.

Smith signed to Verve Records label in 1963. Smith's albums with Verve include: The Cat, The Boss, Root Down, Peter & The Wolf, Any Number Can Win, The Incredible..., Bashin', Got My Mojo Workin', Christmas Cookin', and Organ Grinder Swing.

His influence has been felt across multiple generations and musical styles; nearly every subsequent jazz organist owes a large debt to Smith. The Beastie Boys (who sampled the bassline from Smith's "Root Down (and Get It)"—and saluted Smith in the lyrics—for their own hit "Root Down"), Medeski, Martin & Wood, and The Hayden-Eckert Ensemble are among the better known contemporary bands that pay tribute to Smith's sensibilities and sound. The Acid Jazz movement also reflects Smith's influences.

See Wikipedia for a disambiguation page for Jimmy Smith#Musicians.