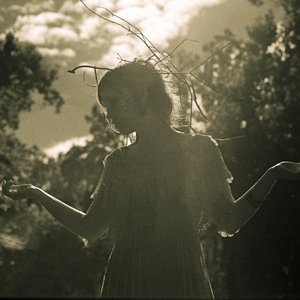 Johanna Warren is an American singer-songwriter and actor. Johanna was born in St. Petersburg, Florida. She studied classical flute as a child, and started teaching herself guitar at age thirteen. She started performing original songs at open mics in high school, and was active in the theater throughout her school days, constantly writing and performing in plays and experimental films. In college Warren formed indie psych folk band Sticklips. With a gentle, lilting voice and melancholic demeanor to her songwriting, Warren emerged with her acoustic solo debut, the wispy Fates, in 2013. Through albums that dealt with topics like loss and ill-fated relationships, she gradually strengthened her sound, bringing together elements of meditative folk and '90s alt-rock. In 2014, Warren's backing vocals appeared on Natalie Merchant's eponymous release, and she toured with Andrea Tomasi, performing with her during her set. Collaborating again with Blasko and relocated to Portland, Warren incorporated even more of her complex time signatures and nontraditional chord progressions on her sophomore album, Numun. Dedicated to the moon and nature's cycles, it was released by the Conor Oberst-founded Team Love Records in 2015.Two companion albums about a rocky relationship with a Gemini, Gemini I and Gemini II, followed in 2016 and 2018, respectively. They incorporated electric and electronic timbres while also delving into occult symbolism. Wax Nine and Carpark Records issued deluxe editions of both albums that included bonus tracks and instrumental versions of each set.Warren's fifth solo long-player, the self-produced Chaotic Good, made further strides toward grungier textures, with Warren sometimes pushing her vocals beyond her typically ethereal folk style. Featuring performances by former sTickLipS bandmates St. Hillaire and Bertini, it arrived on Wax Nine/Carpark Records in 2020.