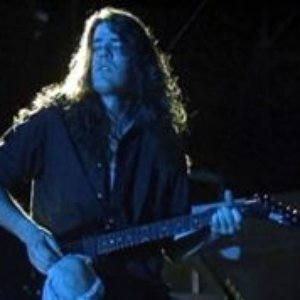 There are several artists by the name of John Marshall.

In September 1969 he was a founder member of Nucleus, which won first prize at the Montreux Festival the following year and played the Newport Festival and the Village Gate in New York. Marshall played on the first three Nucleus albums, but he rejoined the band in 1982 for a much longer stint, appearing on two further albums in the 1980s. Also in the early 1970s he became a regular member of the Mike Gibbs Orchestra.

In the summer of 1971 Marshall left Nucleus to join the Jack Bruce Band, and in January 1972 joined Soft Machine, eventually becoming, later in the decade, co-leader with Karl Jenkins. During the 70's he also played with many leading American and European musicians, including Larry Coryell, Gary Burton, Mary Lou Williams, Ronnie Scott, Tubby Hayes, Ben Webster, Milt Jackson, Roy Eldridge, John Taylor, Norma Winstone,Volker Kriegel, Gordon Beck, George Gruntz's Piano Conclave and various others. In 1973, at the Baden-Baden Free Jazz Meeting, he met and began playing with Charlie Mariano, Jasper van't Hof and Philip Catherine. In 1977 he joined Eberhard Weber's Colours until it disbanded at the end of 1981.

He has performed with several classical groups playing composed works; 1973, he worked with Matrix; 1974, with Tim Souster and Roger Smalley, he played in a BBC Promenade Concert from the London Roundhouse, and has performed for and with other contemporary composers. He frequently rehearses and performs new works with the NDR Big Band in Hamburg.

His activities include studio work, drum clinics, as well as lectures and teaching on workshops in Germany (Trier, Bremen and Weimar) and England (Guildhall, Royal Academy of Music and Wavendon). Was a Melody Maker Poll Winner in 1972 and 1973. Has worked with many singers including Sarah Vaughan, Leon Thomas, Norma Winstone, Annie Ross, Elaine Delmar and Karin Krog.

Since 1999, John Marshall has again been involved in the 'Canterbury' scene, with a succession of Soft Machine-related projects. This has brought back together the nucleus of early 1970s Soft Machine, with Marshall, Hugh Hopper and Elton Dean. The first version, called SoftWhere, in September 1999, featured pianist Keith Tippett; but in 2002 it was resurrected with the addition of Allan Holdsworth, with whom Marshall had played not only in Soft Machine but also in various AH-led outfits in the late 1970s and early 1980s. SoftWorks recorded its debut album in London in June 2002, and this was followed by gigs in America, Japan and Italy between 2002-04. In late 2004, John Etheridge replaced Holdsworth and the quartet now gigs as Soft Machine Legacy; although Marshall has had to be replaced for a couple of tours due to back problems he remains committed to the project and can be heard on the live release Live In Zaandam, recorded in the Netherlands in May 2005.

2. A former guitarist for the heavy metal band Metal Church (1989-1993, 1998-2001). Before joining the band in 1989, he was the guitar tech for Metallica's lead guitarist Kirk Hammett. Marshall also became the fill-in rhythm guitarist for James Hetfield in 1986 (while still performing his duties as guitar tech) while Hetfield's arm was broken due to a skateboarding accident, and again in 1992 when Hetfield was recovering from pyrotechnics burn injuries stemming from a concert with Guns n' Roses in Montreal. He also briefly played in progressive thrashers Blind Illusion (which also featued Les Claypool and Larry LaLonde).

3. There are also a jazz trumpeter and a folklorist with the name John Marshall.