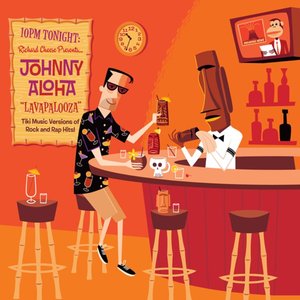 "I discovered Johnny Aloha in Honolulu, he was performing in a resort cocktail bar," says producer Richard Cheese. "He's a great singer. In fact, he is so good, he sounds a lot like me."

From his headlining gigs at Honolulu hotels to his surprise performances at Tiki Bars around the world, Johnny Aloha has become famous for his casual crooning, his stylish Hawaiian shirts, and his perpetual pursuit of the perfect pina colada.