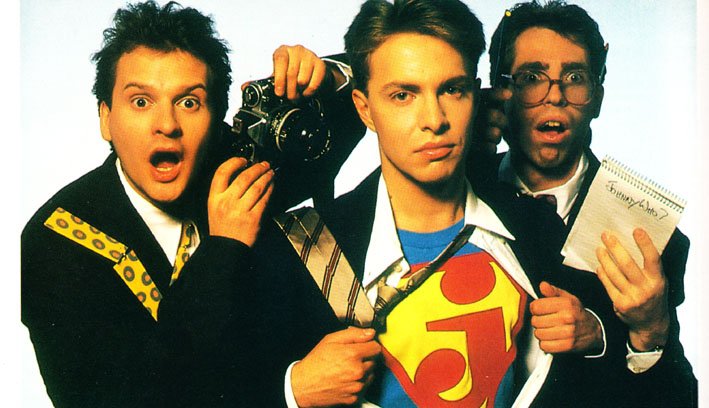 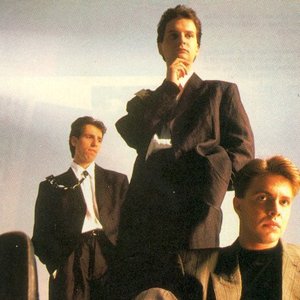 Early career:
Both Datchler and Nocito were born into musical families. Datchler's father, Fred, was a member of two chart-topping bands from the 1950s. The Stargazers had the distinction of being the first British band to reach No. 1 on the UK Singles Chart. As part of the Polkadots, Fred Datchler sang backing vocals for The Beatles, Frank Sinatra, and Petula Clark. Nocito hails from an American family based in Europe with the United States armed forces. His mother was a singer in a close-harmony group called The Cactus Kids, performing for troops throughout Northern Europe.

Having been a singer, guitarist, and keyboard player in numerous bands as a teenager, Datchler released his first single on the London independent record label, Bluebird Records at the age of 17, backed by members of reggae band Aswad. He went on to work with Rusty Egan of Visage, fusing electronic music with soul, and performed often on the London club scene. He was subsequently signed to Warner Brothers Music as a songwriter and moved to Los Angeles.

Nocito was a guitarist in school bands, having grown up alongside friend and fellow record producer Phil Thornalley, as well as members of Katrina and the Waves. He became a recording engineer and worked with Pink Floyd, The Police, The Cure, Duran Duran, and the Thompson Twins.

The two met in 1982 at RAK Studios in London. Datchler had just become the lead singer in the band Hot Club, alongside the third and final original JHJ member Calvin Hayes. The line-up also included bass player Glen Matlock and guitarist James Stevenson. In 1983, Hot Club released a single on RAK Records and performed at London's Marquee Club, a performance that impressed RAK head (and Hayes' father), Mickie Most. He decided to sign Datchler to the label as a solo artist. It was Most who suggested that Datchler works with Nocito, who was an engineer at RAK Studios at the time. Over the next four years, the two worked together on Datchler's solo recordings. Most also guided Datchler, producing several of his recordings in the mid-1980s.

Original tenure:
In April 1986, Datchler, Nocito, and Hayes released the first Johnny Hates Jazz single, "Me and My Foolish Heart", on RAK Records. It was not a commercial success, but gained substantial airplay and was Sounds magazine's record of the week.

Datchler began writing new songs, which included "Shattered Dreams." JHJ then performed a showcase at Ronnie Scott's Jazz Club and was subsequently signed to Virgin Records. "Shattered Dreams" was released in March 1987 and became a top-five hit in the UK throughout mainland Europe and Asia, and reached No. 2 in Japan. Three other worldwide hits, “I Don't Want to Be a Hero,“ ”Turn Back the Clock (featuring Kim Wilde on backing vocals), and “Heart of Gold” followed it. In 1988, "Shattered Dreams" reached No. 2 on the US Billboard Hot 100, No. 1 on the US Adult Contemporary chart, and climbed to No. 4 in Canada. That same year, their album, Turn Back the Clock, entered the UK Albums Chart at No. 1, selling four million copies.

At the end of 1987, JHJ made two music videos with director David Fincher. The videos were for the US releases of "Shattered Dreams" and "Heart of Gold." Datchler left the band at the end of 1988.

Hayes and Nocito continued the band and replaced Datchler with their friend Phil Thornalley, a Grammy Award-nominated engineer and record producer and a former bass player for The Cure. The new line-up released a second album, Tall Stories, in 1991. However, the album was unsuccessful and the band dissolved the next year.

Post-break-up:
Datchler moved to Amsterdam at the end of the 1980s and focused on his solo work, recording the albums Raindance and Fishing for Souls. Returning to the UK, he based himself at Peter Gabriel's Real World Studios near Bath throughout the 1990s. In 2000, he moved to the US and created a solar-powered home and studio, where he recorded much of his most recent album, Tomorrow. Throughout this time, he studied the philosophy of indigenous people and became environmentally active. In 2008, he received a GreenTec Award (formerly the Clean Tech Media Awards) in Berlin.

Following the dissolution of Johnny Hates Jazz, Nocito based himself in Cambridge, England, and produced the Katrina and the Waves single "Love Shine a Light," winner of the 1997 Eurovision Song Contest and a top-10 hit throughout Europe. He also produced and wrote for Hepburn, Gina G, and Orson, and continued to work extensively with Katrina and the Waves.

New era:
Datchler and Nocito met again in 2009 after Datchler wrote a song called "Magnetized," which he felt would be ideal for Johnny Hates Jazz. Soon after, they decided to record a new album. Datchler moved back to the UK and wrote the rest of the songs for the project. At the same time, the original line-up of Datchler, Nocito, and Hayes performed live at various international festivals. However, after several shows in 2010, Hayes left the band before the recording of the new album commenced.

That same year, Datchler received a BMI award for "Shattered Dreams" in recognition of receiving over 3.2 million broadcast performances of the song in the US alone.

The subsequent album was titled Magnetized. Recording spanned much of 2011 and 2012 and took place at Real World Studios near Bath, Hamp Sound near Cambridge, and Angel Recording Studios in London. It featured Datchler as songwriter, vocalist, and keyboard player, and Nocito as producer and engineer. There were also string arrangements and additional keyboards from The Art of Noise's Anne Dudley, who had arranged the strings on "Turn Back The Clock." Other contributors included drummer Alex Reeves, guitarists David Rhodes, and Marcus Bonfanti, synthesizer player Pete Watson, and mix engineer Stephen W. Tayler.

The first single, "Magnetized," was released in the UK on 28 April 2013, and received widespread airplay, being A-listed for several weeks on BBC Radio 2. It was also released in Germany and achieved similar success on the radio there. The album was subsequently released on 5 May in the UK. However, Datchler collapsed in London shortly after this time and was diagnosed with a rare form of cancer. As a result, all promotions came to halt. It was not until the following year that he made a full recovery, but by that time, the album had lost momentum, and the band decided to focus on live work instead.

Since then, they have performed extensively in the UK, as well as in Germany and Asia. In 2017, they released a remixed version of "Magnetized" in China, as well as performed live. Subsequently, they began writing and recording material for a new album. Also, Datchler has co-written eight songs with Mike Rutherford for the Mike - the Mechanics album, Let Me Fly.

As of 2020, the band released a new single called "Spirit Of Love." This new single was released on 29 May 2020 and has a few inspirations and musical roots from the 1970s during which Datchler and Nocito grew up. Also on 29 May, Wide Awake, a new album was announced in a trailer and that it would be released on 14 August 2020. This album has spent over "two years in the making," and that it contains "… a mixture of soulful melodies, uplifting lyrics, and positive energy that is present from start to finish." On 4 June 2020, a music video was released that featured fan pictures and videos of what they loved most and the band members walking around and visiting different spots in Japan.