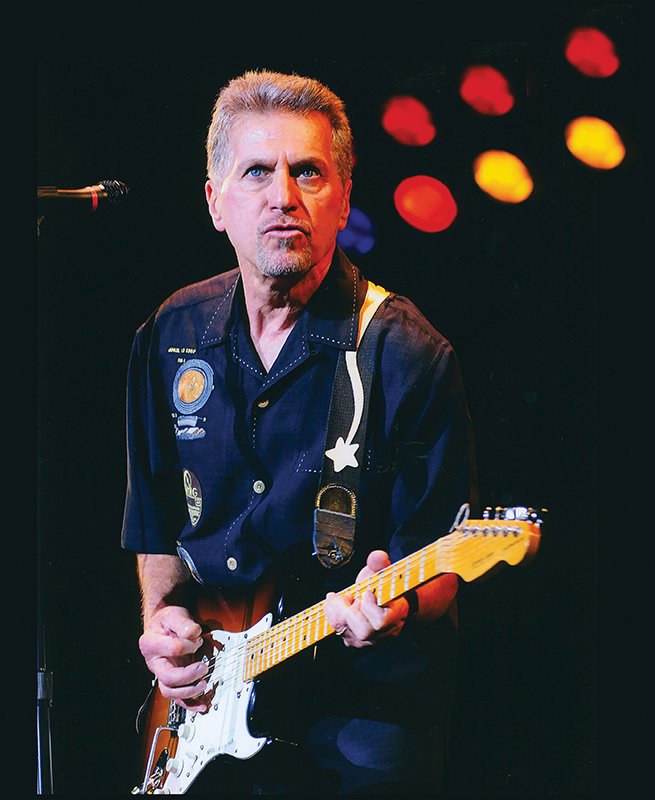 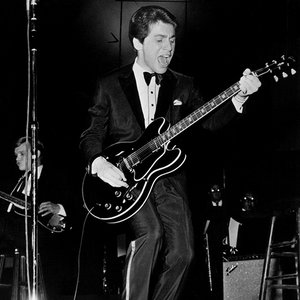 Johnny Rivers (born John Henry Ramistella on November 7, 1942 in New York City) is an American rock and roll singer, songwriter, guitarist, and record producer.
He was versatile enough to do folk songs, blues, covers of old-time Rock n' roll songs, and some original material, all of them in his own unique style. Rivers's greatest success came in the mid and late 1960s with a string of hit songs (including "Seventh Son," "Poor Side of Town" and "Secret Agent Man") but he has continued to record and perform to the present.

In 1960, Rivers met fellow Louisianan, James Burton, the guitar player for Ricky Nelson. Burton later recommended one of Rivers's songs to Nelson, who went on to record it. In 1961, Rivers went to Los Angeles to meet Nelson, and ended up relocating there, working as a song writer and studio musician. In 1963, Rivers's big break came when he temporarily filled in for a jazz combo at Bill Gazzari's night club; the temporary gig became long-term due to positive customer response.

In 1964, Elmer Valentine then gave Rivers a one-year contract to open his new club, Whisky a Go Go, on Sunset Strip in West Hollywood. The Whisky opened three days before The Beatles released "I Want To Hold Your Hand" and the British Invasion knocked almost every American artist off the top of the charts. But Rivers was so popular, producer Lou Adler decided to issue Johnny Rivers Live At The Whiskey A Go Go. The live album reached #12 on the charts and the single "Memphis" (a Chuck Berry cover) reached #2. Rivers made the successful transition from nightclub entertainer to chart-busting pop singer and had created the Go Go sound, part of a scene which included Go-Go dancers.
Into 1965, Rivers continued to record mostly live, Go Go style records including "Maybellene" (another Berry cover), which he followed "Mountain of Love", "Midnight Special", "Seventh Son" (written by Willie Dixon) e "Where Have All The Flowers Gone" (with Pete Seeger's), all of which were hits.

Rivers wanted to try something different and adopted a more idiosyncratic approach as from 1966. Characterized by his smooth, soulful voice, he produced hit portrayals as "Poor Side Of Town", which would be his biggest hit ever and his only number one record. Into another hit was "Secret Agent Man", the theme from Secret Agent television series (written by P.F. Sloan and Steve Barri). He also started own record company, Soul City Records, where he won a Grammy Award as the producer of the 5th Dimension, which eventually recorded "Aquarius/Let The Sun Shine In" and "Wedding Bell Blues", two number one hits on Rivers' label. Johnny is also credited with giving songwriter Jimmy Webb a major break when they recorded Webb's song "Up, Up, and Away". James Hendricks, one of the artists of that signed with Soul City, wrote "Summer Rain", a song that Rivers recorded and turned a hit.

Johnny Rivers continued to record more hits, including "Baby I Need Your Lovin'" and "The Tracks of My Tears" (cover of The Miracles), both top 10 in 1967. In 1968, Rivers released what many fans consider his best album, Realization, a number five album on the LP charts. The album was evocative of the psychedelic influences of the time and marked a subtle change in his musical direction, with more thoughtful types of songs, included such ballads as "Going Back to Big Sur".

In the 1970s, Rivers continued to record more songs and albums which were a success with music critics, but did not sell as well as some of his earlier hits. One of these albums, "L.A. Reggae" in 1972, reached the LP charts as a result of the top 10 "Rockin' Pneumonia and the Boogie Woogie Flu" (a cover of Huey Smith & the Clowns). Anothers hits that time were "Blue Suede Shoes" (a cover of Carl Perkins), in 1973, which would reach the top 40 on the Billboard Hot 100, and "Help Me Rhonda", in 1975 - a cover of The Beach Boys on which Brian Wilson helped with backup vocals. His last entry on the charts was "Swayin' to the Music (Slow Dancing)", a top ten hit in 1977.

1980's until nowadays
Rivers continued recording into the '80's, although his recording career wound down somewhat. In spite of his music hasn't reached the best seller charts for quite a while, Rivers is still touring, doing 50 to 60 shows a year, increasingly returning to the blues that inspired him initially.
In 1998], Rivers reactivated his Soul City imprint and released Last Train to Memphis, his first new studio album in 15 years.
In early 2000, Johnny recorded with Eric Clapton, Tom Petty, and Paul McCartney on a tribute album dedicated to Buddy Holly's backup band, "The Crickets".
In all, Rivers had 9 top ten hits on the Billboard Hot 100 and 17 in the top 40 from 1964 to 1977. In total, he has sold well over 25 million records.