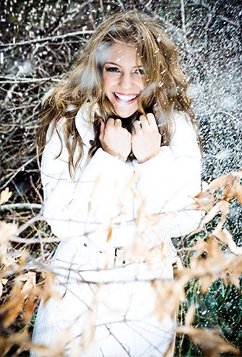 Jordan Lynne Pruitt (born May 19, 1991 in Loganville, Georgia) is an American singer/songwriter. She was raised in Tennessee, where she started singing in church at age four and writing songs at age nine. After recording a demo album in 2006, Pruitt was discovered by producer Keith Thomas and later signed to Hollywood Records.

Pruitt's debut studio album, No Ordinary Girl, was released in February 2007, and included her first charting single, "Outside Looking In." The album peaked at number sixty-four on the Billboard 200 chart in the United States. Her second album, Permission to Fly, was released in August 2008, and failed to chart in any country.