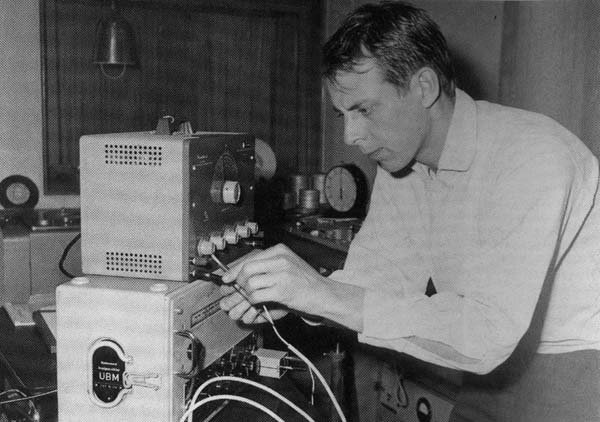 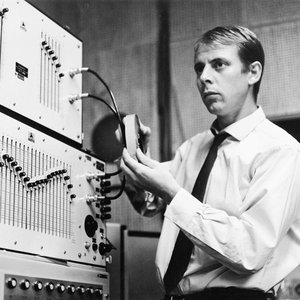 Karlheinz Stockhausen (August 22, 1928 - December 5, 2007) was a German composer, widely acknowledged by critics as one of the most important but also controversial composers of the 20th and early 21st centuries. He is known for his ground-breaking work in electronic music, aleatory (controlled chance) in serial composition, and musical spatialization. He was educated at the Hochschule für Musik Köln and the University of Cologne, and later studied with Olivier Messiaen in Paris, and with Werner Meyer-Eppler at the University of Bonn. One of the leading figures of the Darmstadt School, his compositions and theories were and remain widely influential, not only on composers of art music, but also on jazz and popular-music artists.

His works, composed over a period of nearly sixty years, eschew traditional forms. In addition to electronic music—both with and without live performers—they range from miniatures for musical boxes through works for solo instruments, songs, chamber music, choral and orchestral music, to a cycle of seven full-length operas. His theoretical and other writings comprise ten large volumes. He received numerous prizes and distinctions for his compositions, recordings, and for the scores produced by his publishing company.

Some of his notable compositions include the series of nineteen Klavierstücke (Piano Pieces), Kontra-Punkte for ten instruments, the electronic/musique-concrète Gesang der Jünglinge, Gruppen for three orchestras, the percussion solo Zyklus, Kontakte, the cantata Momente, the live-electronic Mikrophonie I, Hymnen, Stimmung for six vocalists, Aus den sieben Tagen, Mantra for two pianos and electronics, Tierkreis, Inori for soloists and orchestra, and the gigantic opera cycle Licht.

As an orphaned teenager, Stockhausen experienced true horror and carnage on active service near the end of WWII. He then went on to redefine contemporary music: from Kreuzspiel, the early electronic Kontakte, the intuitive works, the hour-long a-capella Stimmung, to the Licht cycle of seven operas. His influence is widely felt, even in unexpected places within the world of popular music.

After dealing first-hand with the victims of conflict and allied bombing out in the field and in the hospital, he began his post-war musical studies in Europe. He had thoughts of being a writer, and did a stint as a travelling magician's pianist. This life gave way in the early-1950s to the project of redesigning music, from the bottom-up, on his own terms. Melody, regular rhythm, and literal repetition were not to be found, while fearsome serial structures (and philosophical paradigms) underpinned the sparsest surface texture. Stockhausen's frequent cosmic flights of philosophical and moral fancy are important to his works.

The sharp practicality of his musical thinking is in its own league among post-war composers. By the mid-50s Stockhausen was enjoying huge success as leader of the avant garde. Dedicated festivals soon sprung up around the globe, and they continue. For some though, even now, this is one musical emperor who walks unclothed.

Recommended for starters may be: the electronic Telemusik, all the early chamber pieces, the erotic ode Stimmung (arguably the finest of all takes on mimimalism), Mantra for two pianos, the epic Hymnen, Trans, Gruppen (for 3 orchestras), Carré (for 4 orchestras and choirs), Unsichtbare Chöre, Mixtur. From 1975 on, his work was centred around the opera cycle, Licht. He may be at his best in quiet moods, but the unprecedented live Stockhausen sound-happening, with overwhelming sonic swirlings in all directions, is something everyone should try at least once before they leave the planet. The composer has issued nearly all of his music on his own label.