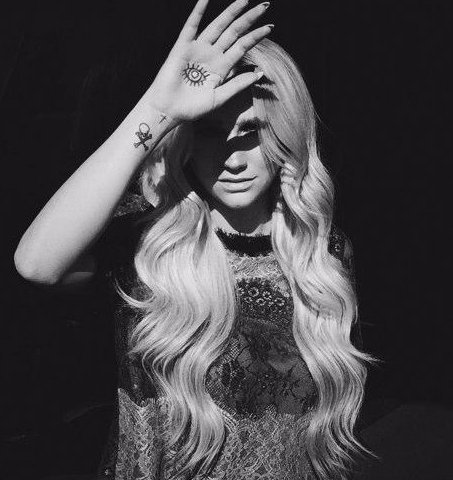 Kesha Rose Sebert, better known mononymously as Kesha (formerly stylized as Ke$ha), is an American recording artist. An active singer since before 2005, her breakthrough came in early 2009 after appearing on Flo Rida's number one single Right Round. Kesha later supported Calvin Harris on tour in the UK and toured with Mickey Avalon in the US. She also performed at Madison Square Garden on December 11, 2009 for the Z100 Jingle Ball. She was announced as one of the acts for the 2010 revival of Lilith Fair and presented at the 52nd Grammy Awards.

Her debut album, entitled Animal, was released on January 5, 2010 in the US to mixed reviews from music critics. The album sold 152,000 copies in its first week in the US, debuting at number one. Animal was seven years in the making and resulted in Kesha's accumulating over two hundred songs by the time of its release, with fourteen making the final cut. A number one placing in New Zealand for the first single TiK ToK (first released on August 7, 2009) gave Kesha her first solo number one; this was followed by number one positions in Canada, Australia, Norway and the United States, reaching the top of the Billboard Hot 100 as the first number one of the 2010 decade. During its second week at number one on the chart, TiK ToK set the female download record and became the second best-selling single in a week, after Right Round, for shifting over 610,000 copies. During its fifth week at the top of the chart, it broke the record for the highest weekly plays on the radio airplay chart. Her second single, Blah Blah Blah (feat. 3OH!3), was first released on February 19, 2010 and has since charted within the top 10 in four different countries.

Kesha released her second album, Warrior, on November 30, 2012. The album features a collaboration with Wayne Coyne of The Flaming Lips.

On October 7, 2013, Kesha and Pitbull released a collaboration, Timber, which was became Kesha's third number-one.

In 2014, after spending two months in rehab for eating disorder treatment, and appealing about her sexual assault case with Lukasz Sebastian Gottwald (Dr. Luke), Kesha announced she was working on her third album.

In 2017, she released her third album, Rainbow after Dr. Luke was fired from Kemosabe Records. Rainbow debuted at #1 on the Billboard 200 albums chart and has also received a grammy nomination for 'Best Pop Vocal Album' and 'Best Pop Solo Performance' for Praying.