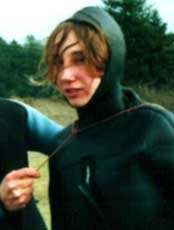 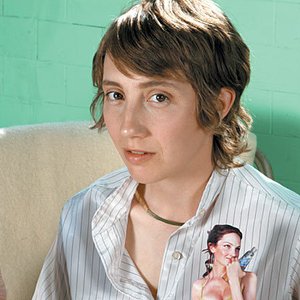 Khaela Maricich is a K Records pop musician, visual artist, and performer. She is formerly of the band The Microphones. For the most part she has been the sole member of her "group" The Blow; however since 2004 she has been working collaboratively with Jona Bechtolt. Maricich has released five albums, crossing styles from folk to electronic music. She creates operatic performance pieces using the conversational style of popular music. She has toured the United States extensively performing her monologue based solo opera, "Blue Sky versus Night Sky", as well as giving traditional concerts of dance-party music with her band.

As well as performing she has held a number of exhibitions of drawings and illuminated paper sculptures in Seattle, Olympia, and Portland. A native of Queen Anne Hill, Maricich spent an incubative decade in Olympia, but recently moved to Portland, in order to be the artist in residence at the Portland Institute of Contemporary Art.

Maricich was also previously known as Get the Hell Out of the Way of the Volcano. Her album Everyday Examples of Humans Facing Straight into the Blow was originally released under this name with hand silk-screened and letter pressed packaging. It was subsequently re-released in 2004 by "The Blow" with different packaging and slightly modified song titles.