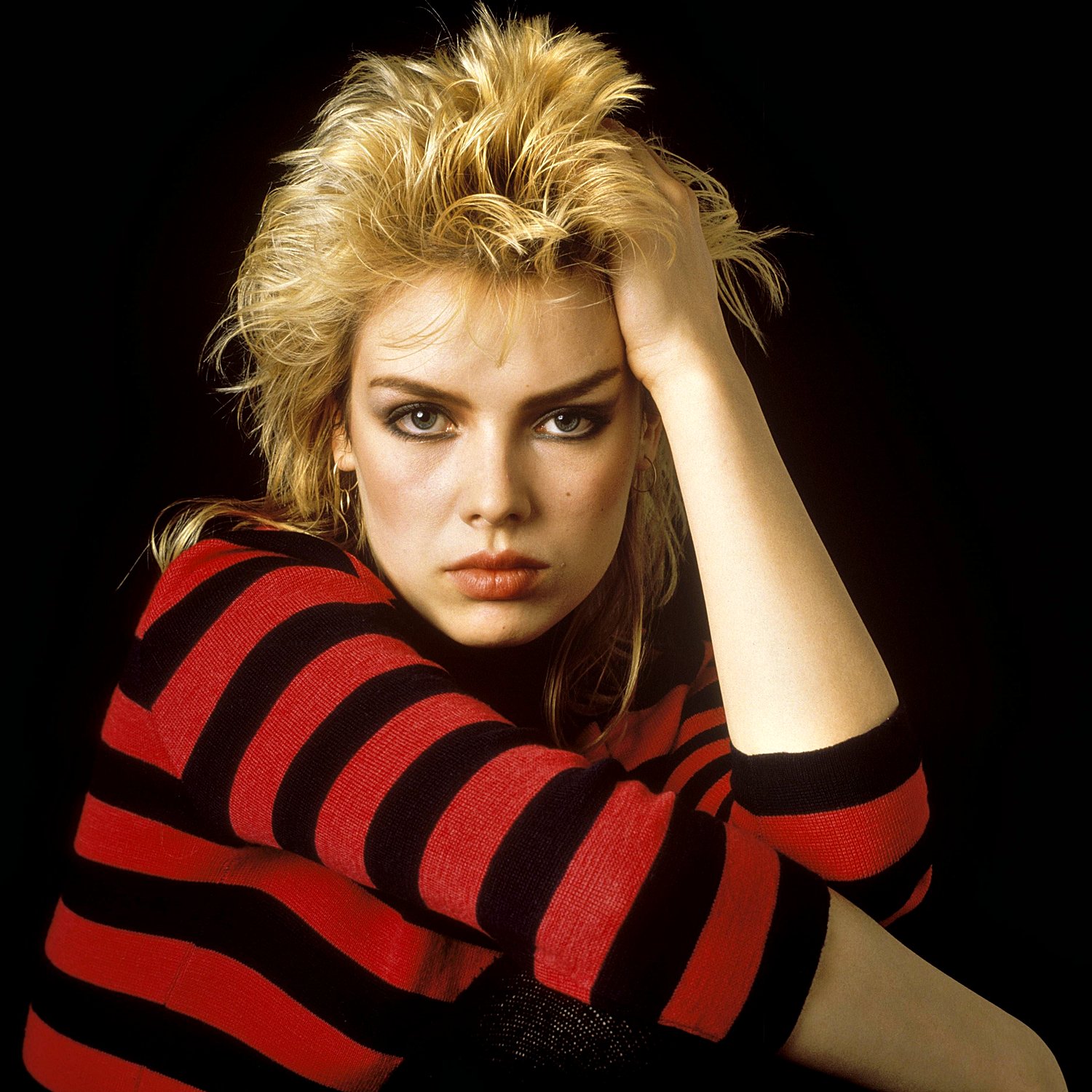 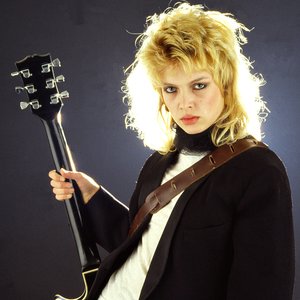 Kim Wilde is a pop musician (born Kim Smith on 18 November 1960 in Hertfordshire, UK) that's the daughter of 50s singer Marty Wilde. She released her debut single, "Kids In America", in 1981 at the age of 21. The song was written by both her father and her brother, Ricky. Ironically, Kim had never been to America at the time. "Kids In America" was a huge success in the United Kingdom and around the world, being a U.K. #2 hit. Her debut album, 'Kim Wilde', (released on RAK records) came out in July 1981 and stayed in the U.K. album charts for 14 weeks, peaking at number 3 and getting much acclaim. Two more hits from her debut were released: "Chequered Love" and "Water on Glass".

Picking up fame as a part of the popular 'new wave' movement, her second album, 'Select', was released in May 1982. It contained the hits "Cambodia" and "View From a Bridge". Her third album (and last album with RAK), was 'Catch as Catch Can', which came out in November 1983. Sadly, it wasn't much of a success, though tracks "Love Blonde" and "Dancing In the Dark" from the album became minor hits.

When Kim signed with MCA records in 1984, many doubting critics believed that her run of hits were over. Simply put, they were wrong. Kim's first album with MCA, 'Teases & Dares', came out in November 1984. Though not a huge commercial success as an album, it earned praising critical reviews and much fan support while also including three hit singles. Popular tune "Rage To Love" became Wilde's first top 20 hit in two years.

In October 1986, Kim released a cover of The Supremes song You Keep Me Hangin' on - it was a huge hit, number 2 in the UK and in the singles chart for 14 weeks, even better the song got to number 1 in the USA. Kim was now a superstar around the globe. Another Step (her 5th studio album) was released in Nov 1986 and spent 5 weeks in the UK charts. The title track Another Step (Closer to You), (a duet with Junior) and Say You Really Want Me were also singles.

In June 1988, Kim released her most successful studio album to date Close which spent 38 weeks in the UK album charts. Close contained 3 top ten hits You Came, Never Trust A Stranger and Four Letter Word. Around this time Kim was the support act on Michael Jackson's huge Bad tour.

Her 7th and 8th albums, 1990's Love Moves and 1992's Love Is did not match the success of Close, however Love Is boasted another top 20 hit single with the Rick Nowels penned Love Is Holy.

In September 1993, MCA released the first 'official' greatest hits album called The Singles Collection 1981-1993 (which contained all her biggest hits from the RAK years as well as the more recent MCA hits and two brand new singles If I Can't Have You, a top twenty hit in July 1993 (a cover version of the Yvonne Elliman classic) and the Kim penned In My Life.

In 1995, Kim released her 9th studio album Now and Forever, it was not a hit album in the UK but suffered no promotion. It contained two top 50 hits Breakin' Away and This I Swear.

In 1996, Kim released Shame, a cover of the disco song made famous by Evelyn "Champagne" King. Unfortunately the song failed to dent the UK top 100.

In 2001, to celebrate the release of another greatest Hits album, Kim released a new song Loved, co-written by Ronald & Masterton who are famous for their work with Dannii Minogue. Sadly Loved failed to enter the UK singles chart.

Kim is still making music and is also equally famous for her gardening skills. She continues to have success in Europe and had a huge hit in 2003 with Anyplace Anywhere Anytime, a duet with Nena.

In 2006 Kim released a studio album, "Never Say Never." The album includes new tracks and some remixes and remakes of classic Kim songs such as You Came, Cambodia and Kids In America. Also for the new album called Never Say Never Kim has re-recorded You Keep Me Hangin' On as a duet with Nena.

In 2018 she released "Here Come The Aliens," which is in a pop-rock style. Reviewing the album for MusicPlayers.com, Scott Kahn states "There’s not a weak song to be found in this collection of pop rock songs. We love that Here Comes The Aliens has the vibe of a real rock record, with strong musical performances throughout."