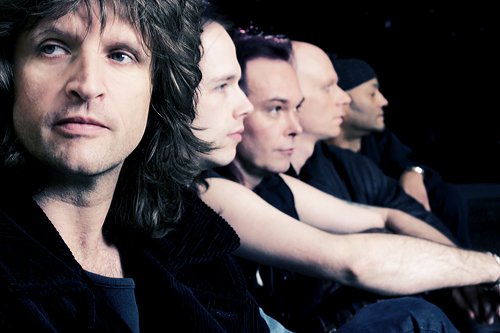 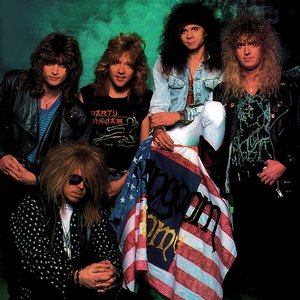 For the first, see: Arthur Brown's Kingdom Come. Melodic hard rock band Kingdom Come was formed in 1987 by singer-songwriter Lenny Wolf in Hamburg, Germany, with the revolving cast of other band members soon leaving Wolf the focus. After the release of their first single, 1988's "Get It On", many fans mistakenly regarded the band as a Led Zeppelin reunion. Kingdom Come's close resemblance to that group, particularly with Wolf's Robert Plant like vocals, has led to continuing controversy. Although the bands had a great deal in common, as shown by critics' nickname 'Kingdom Clone', Wolf has pursued his own personal vision of mixing slick rock hooks with a heavy metal ethos for decades.

The group's first album, the self-titled 'Kingdom Come', became quite popular due to its arena-ready hard rock sound. As the guys gained more and more commercial success, the 1988 album had three Billboard top 40 singles: "Get It On", "Living Out Of Touch", and "What Love Can Be". As stated before, supporters and detractors both felt strongly reminded of Led Zeppelin as well as, to a lesser extent, fellow German group Scorpions. Ironically, former Kingdom Come drummer James Kottak later joined the latter band.

Kingdom Come came about after the breakup a moderately successful rock project of Wolf's, known as Stone Fury. Wolf's new record company, Polygram, allowed him incredible freedom to assemble Kingdom Come's lineup and direct its sound. Recruiting Pittsburgh-based lead guitarist Danny Stag, Louisvillians Rick Steier (guitar) and James Kottak (drums), and Californian Johnny B. Frank (bass), this new outfit marked the first band where Wolf sang without playing guitar. The frontman later admitted that, for a while, it was a very awkward adjustment.

As stated before, Kingdom Come's sound was thought by many to be highly derivative of Led Zeppelin's, to the point that some listeners initially thought that Kingdom Come was actually a reunion effort. The band's first single was called "Get It On", being a great example of their aggressive sound. Before long, the group's eponymous debut went gold. Their second single ended up being the power ballad "What Love Can Be", receiving much airplay and having a music video created for it that picked up MTV airplay. By the time the single "Loving You" was released, the album had reached platinum status, fans in United States, Germany, and Canada loving the group despite the controversy.

The guys toured in England supporting Magnum on their "Wings Of Heaven" tour. As well, the band opened for the North American "Monsters of Rock" tour in 1988, supporting the artists Dokken, Scorpions, Metallica, and Van Halen. Following that, the guys were tapped to support the Scorpions on their North American "Savage Amusement" tour, at least until they were forced off. According to Stag, Lenny Wolf found the stage ramps reserved for the Scorpions' set irresistible. After several reprimands from the Scorpions' management, the singer continued to use the full stage, and Kingdom Come were asked to forfeit the rest of the tour.

The band were directed by management and the people at Polygram to get a new recording available soon. In 1989, Kingdom Come released their next album, called 'In Your Face', but some fans believed that the group seemed to have peaked too early. The continuing backlash against the band's perceived appropriating of other artists' sounds (earning them the derisive moniker "Kingdom Clone") hurt their commercial appeal. After time went on and the band's second album simply failed to sell well, all members other than Wolf quit the group.

The 90s would see several releases by the outfit, though with Kingdom Come receiving some critical scorn as well as being unable to breakthrough commercially the same way again. Music critic Jason Anderson has remarked for Allmusic that the band experienced "one of hard rock's most intense backlashes". For his part, Stag went back to Pittsburgh and immersed himself in blues and rock n rock projects. Steier and Kottak went back to Kentucky and assembled the short-lived Wild Horses project, the two of them releasing a poor-selling album on Atlantic Records. Both would later resurface in Warrant. Kottak also has served with Scorpions.

With an all new line-up, Kingdom Come had one more release on Polygram, titled 'Hands of Time', which Wolf managed to see sold internationally. By 1993, Wolf had returned to Germany to regroup, focusing his efforts on central Europe hard rock fans. In recent years, the group is often billed as "Kingdom Come & Lenny Wolf", "Lenny Wolf & Kingdom Come", "Lenny Wolf's Kingdom Come", et cetera. Their latest work as of 2015 is the album 'Outlier', which came out on May 7, 2013.