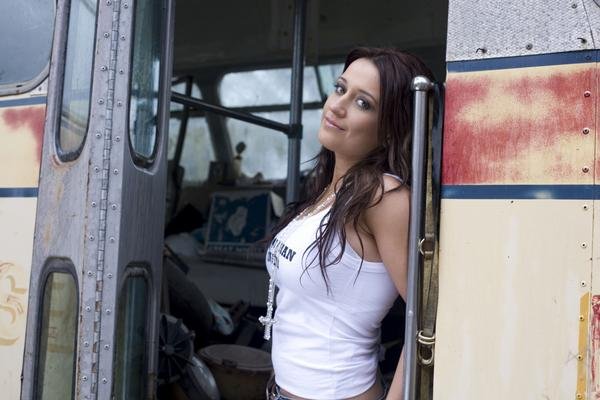 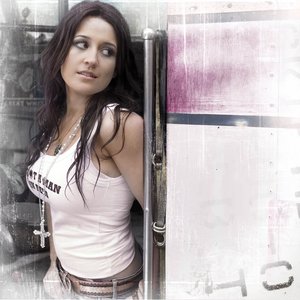 Kirsty’s second offering since winning Toyota Star Maker in 2007 (a talent search that has also launched the careers of Keith Urban, Lee Kernaghan & James Blundell) follows her successful debut ‘Little Things’ which earned her a CMAA (Country Music Association Of Australia) Golden Guitar Award for Best New Talent in 2008. The album features songs penned by Kirsty and an all-star list of country writers whose recent credits include the likes of Bon Jovi, Carrie Underwood, Jessica Simpson and Rascal Flatts. It was once again produced by Graham Thompson whose credits include hit albums by James Blundell, Adam Brand, Melinda Schneider & The Sunny Cowgirls.

On ‘Better Days’ Kirsty demonstrates her growth as a songwriter with songs that tackle everyday topics and show an insight that belies her years. ‘I Ain’t Your White Picket Fence Girl’ is a risqué romp that will inspire housewives around the country to pack the kids off to Grandma’s and re-define their idea of evening entertainment.

“I got the idea for this song one day when I was on the net looking for pumpkin recipes! My partner and I had moved in to a house with about 50 pumpkins in the garden so of course, I had to try to get rid of them and spent the whole day looking for pumpkin recipes. That’s when I decided it was time I stopped doing things you’re suppose to do when you’re 60…stopped being a desperate housewife and started being young! I went a little bit crazy that night. The next day I took the idea for this song to my friend Trey Bruce and we came up with ‘I Ain’t Your White Picket Fence Girl’.”

‘All The King’s Horses‘ is an infectious, straight talking break up song inspired by her best friend who, devastated at breaking up with her boyfriend, eventually realised he had actually done her a favour.

The tough talking country-rocker ‘I Get Even’ is another co-write with Trey Bruce. “I’ve always been pretty feisty I guess. The same friend I wrote about in 'All The King’s Horses' was going through a tough time in her love life and I started to think about what I would do in her situation. Let’s just say, I wouldn’t take it lightly! I think I’d be the sort of girl who emptied his bank account and trashed his car. I don’t think I would leave quietly…I’d get even!”

‘I Sleep at Night’, written by Kirsty & Australian songwriter Mike Carr, is an acerbic account of betrayal and lost friendship that resonates with anyone who has been in that situation…“in this industry you soon find out who you friends are” admits Kirsty.

The first single from ‘Better Days’ is ‘Knocked Up’, a tongue-in-cheek story about the serious topic of unplanned pregnancies. ‘Knocked Up’ was written by Angaleena Presley, who wrote several songs on ‘Little Things” including the title track and ‘The Territory’. As someone whose mother fell pregnant at 16 Kirsty was immediately drawn to the song and delivers it with the conviction of first hand experience.

“This album is definitely more me. With my first album I was still figuring out who I was as an artist. I had never done an album before and we had a pretty tight deadline. With ‘Better Days’, I had a lot of time to really think about what direction I wanted to go in, more time to write songs. A lot of things have gone on in my life, so this album really tells stories about the different things that have been going on in my life over the past year. I was also a lot more involved in every aspect of the album, from song choice, production, right through to the album cover so it definitely is all me.”

Kirsty Lee Akers may stand a mere 148cm (4 feet Ten inches) tall but don’t be misled by her diminutive size. She is brimming with talent and the right kind of attitude.

"I've put my heart and soul into making this album. I have been totally honest in my song writing so the songs reflect my life and the things that have helped me grow as an artist and a young woman. I hope from listening to this album people will get to know me a little bit more and enjoy listening to it as much as I did making it!"