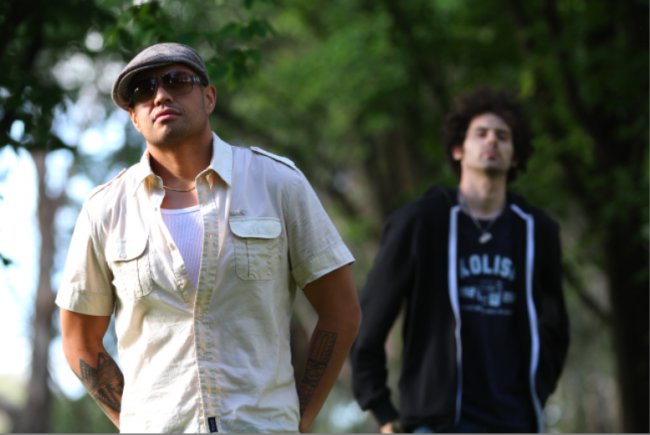 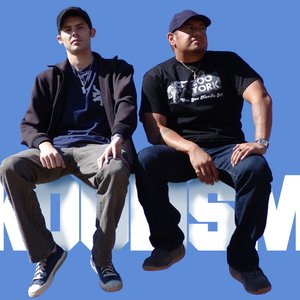 Comprised of a world-class DJ and an equally as impressive MC, Koolism is a visionary collaboration. DJ Danielsan and MC Hau are that exceptional duo, supplying the noise from the hip hop group that reigns as Australia's most innovative and musically advanced.

Formed in 1992, Koolism engineered their musicianship around a strong friendship and a mutual respect for each other's work. Being based in the Nation's Capital, Canberra, Hau and Daniel were able to utilise their isolation to create a sound like no other.

Hau's incredible wit and inventive dexterity sees him lyrically unrivalled within the Southern Hemisphere. An infinite passion for his Tongan culture and heritage is highly evident and omnipresent throughout his lyricism. The sounds of the South Pacific also permeate the unique instrumental blend heard throughout the entirety of the Koolism catalogue. On stage, Hau exudes confidence and epitomises style. With his charismatic presence, he demands audience attention whilst unleashing a lyrical blitz over a faultless Danielsan beat.

Producer and DJ, Danielsan draws heavily on reggae, soul and jungle sound principles to create a thick funk, unique and distinctive to Koolism. Rated as one of the top 5 DJs in the country, Danielsan has been developing and perfecting his skills since the late '80s - winning respect in the underground over time and now seen regularly above ground in the judges seat for all major DJ competitions such as the DMC World Championships.

Together, Daniel and Hau have become an unparalleled force on the Australian hip hop scene, pushing boundaries and blazing trails with their largely unadulterated portfolio. Undeniably music created by the soul for the soul, their work that can be only received as pure and authentic.

Locally, Koolism are the definitive when it comes to any hip hop program, appearing on multiple home-grown compilations and performing at live events like the Big Day Out, Vibes On A Summer's Day and Freaky Loops. Their genuine approach to music has also been recognised on a global scale, with invitations to perform with some massive international artists, namely De La Soul, Grandmaster Flash, Jurassic 5, The Roots, Jazzy Jeff, DJ Shadow, Massive Attack, Kool Keith, X-Zibit, Black Eyed Peas, Jungle Brothers, Rock Steady Crew and Blackalicious to name a few. The duo feature in Australian street press on a weekly basis and have received rave reviews in publications abroad such as Blast in Japan, the UK's Muzik Mag and Hip Hop Connection, even the New York Times.

2002 saw the duo release the highly anticipated Part 1, their first album on CD, which contained fresh tracks alongside those previously only released on vinyl. This CD release allowed Koolism to expand on their loyal and hugely supportive underground following to cater to a wider, ever-growing fan base. Koolism's commercial existence has also been enhanced by Australia's leading music program, Rage, airing the film clip to The Season, the title track to their latest EP.

In 2003 the group toured the county relentlessly scoring high praise for their live show. 'These lads have a strong reputation for putting on great live gigs.' JUICE July 2003

They also managed to find time in this hectic touring schedule to record their third album 'Part 3 - Random Thoughts'. The album which features guest appearances by Rodney P (UK), Nfa(1200 Techniques), & Mnemonic Ascent should see be released in early 2004.