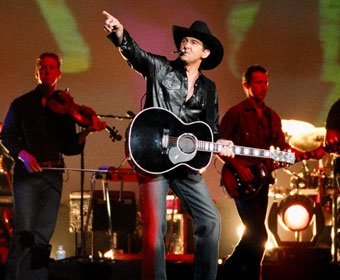 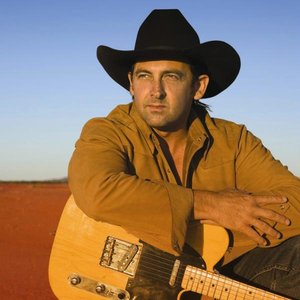 Lee Kernaghan (born April 15, 1964 in Corryong, Victoria, Australia, is one of Australia's most popular and influential country singers and songwriters.

Born in the bush, Corryong, Victoria, in the foothills of the Snowy Mountains high country is where Lee's life began. The son of a truck driver and later multi-platinum recording artist Ray Kernaghan, Lee spent his formative years growing up in the Riverina country of Southern NSW. Lee's Grandfather was a third generation drover of sheep and cattle and his experiences on the road with his Pop ran deep, producing a string of hits that began with the release of his first album the ARIA award winning " Outback Club" in 1992. His first number one hit "Boys from the Bush" became an anthem, a celebration of a way of life that would change the face of Australian country music forever.

Lee Kernaghan has dominated the charts with successive hit albums including "Three Chain Road", "1959", "Hat Town" and "Electric Rodeo" making him Hit Maker of the Decade and creating a new musical landscape along the way. He has done to country music in Australia what Garth Brooks did in the USA….. he blurred the line and took country music out of the box that it had existed in for decades…. He added a spectacular live show and along the way has sold over one million albums, won 24 Golden Guitars, 3 Aria Awards, 21 number 1 hits, 8 hit albums and now with the release of his 9th album 'Spirit of the Bush' he's done it again, his stellar career continues