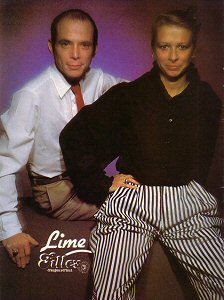 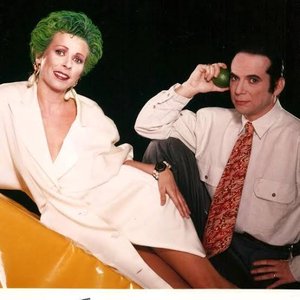 1. Lime was a Canadian Hi-NRG, Electronic/Dance/Synthpop band from Quebec, Canada. The band was made up of husband/wife composing team, Denis and Denyse LePage.

Lime released their first album in 1981, and the songs "You're My Magician" and "Your Love" both topped the dance charts in the U.K., the U.S., Mexico and Canada. Other releases came after with hits like "Babe, We're Gonna Love Tonight", "Guilty", "Angel Eyes", "Unexpected Lovers" and "Wake Dream". After Lime's fame in the early to mid 1980s, Problems between Denis and Denyse started to rise, and they separated in 1989. Denis and Denyse still worked together until 1996. Denis released the album, "Love Fury." (as Lime), It was not well received, becoming a commercial failure. A decade after the breakup of Lime, Lime is back on the road with the Lime concert versions (Joy Dorris & Rob Hubertz) reliving their original sound for themselves and for fans around the world.

2. Lime is a Japanese doujin/BMS trance producer focused on uplifting and progressive trance. Currently at the age of 15, he's a sophomore in high school and influenced by music producers such as Nhato, Hiroyuki ODA and Aquatica. His works can be found under the Cyberaser Records netlabel and have made guest appearances in Diverse System and SKETCH UP! Recordings. As of 2012, Lime along with kanone are the founders of the label Seraphina Recordings. Their first compilation album "Four Season Clover" was released during M3-30.

3. LIME is a Vietnamese pop group consisting of Liz, Ivone and Emma. Former member May left the group after debut. The group debuted in 2015 releasing songs in Vietnamese and Korean.