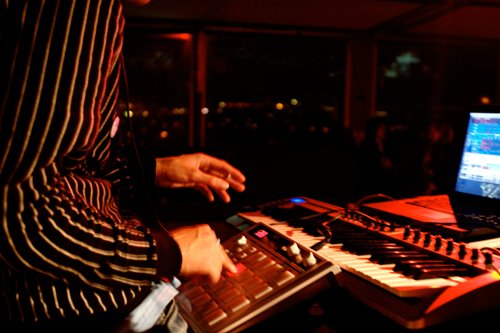 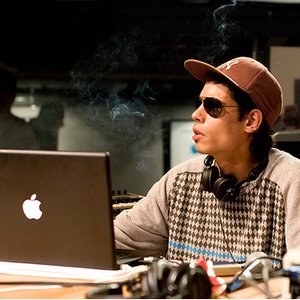 Louis Bordeaux is a producer and MC from Deventer, the Netherlands. At just 23 he already has been making beats for years for the hip hop crew Fata Morgana. Next to rocking the mic he forms the musical backbone of the group with his fellow Fata crewmember Jonathan ´Wan´ Tan as the producing duo ´Javaanse Jongens´. "But without beats no rhymes" he says, "So if I had to choose between producing or rhyming I´ll probably choose production because I always write to a beat".

About 7 years ago he took making beats more seriously and currently he is juggling his music career with a steady job. Louis is an autodidact on keys, which enables him to play a variety of instruments. Most of his beats are created around samples, adding his own sounds and grooves on top using a laptop with different software. His ´sound´ can be labeled as what you call ´electronic hip hop´. Despite the use of electronics his melody heavy tracks remain warm and soulful and are guaranteed to keep your head nodding.

Louis musical influences range from J.Dilla, Sa-Ra Creative Partners, Flying Lotus and Madlib to the Sexpistols, Spacek, D´Angelo and Mr. Oizo. His hometown Deventer is known as ´the Detroit of the Netherlands´ and so it might not come as a surprise that Fata Morgana is being dubbed ´the Dutch Slum Village´. "I listen to old music but you´ll also find me at a rave" he says, "I´ll listen to anything. I think all music could have a certain part or groove to it that´s interesting to me. "It doesn´t matter what it is or where it´s from, as long as I can make head banging music with it."

And that´s just what he does, recently he has been labeled ´MySpace discovery of the week´ on the Dutch radio show ´Future Vintage´ hosted by Kindred Spirits affiliates Tom Trago and Melodee. The teaser EP ´Krabbels´ released by Fata Morgana through Internet in 2006 received critical acclaim and praise in the Dutch underground scene.

Louis Bordeaux´s installment of the Appletree Beat Series will give you a taste of his production talent and is an indication of what the man can do behind the boards. Be on the look out for future projects and releases!