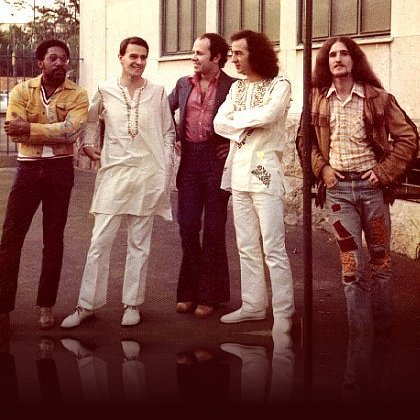 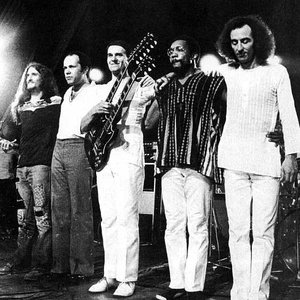 The Mahavishnu Orchestra was a jazz-rock fusion group from New York, United States, that debuted in 1970 and dissolved in 1976, reuniting briefly from 1984 to 1987.

From 1974 to 1976, personnel included Jean-Luc Ponty on violin, Narada Michael Walden on drums and vocals, Gayle Moran on vocals and keyboards, and Ralph Armstrong on bass, among others. This second incarnation of the group explored orchestral arrangements, as well as more mainstream funk and R&B grooves added to the mix.

This group was considered an important pioneer in the jazz fusion movement that was founded by Miles Davis. McLaughlin and Cobham met while performing and recording with Davis. McLaughlin was also influenced in his conception of the band by his studies with Indian guru Sri Chinmoy, who encouraged him to take the name "Mahavishnu".

McLaughlin had particular ideas for the instrumentation of the group, in keeping with his highly original concept of genre-blending in composition. He particularly wanted a violinist. As the group evolved, McLaughlin adopted what became his trademark double-neck guitar (six-string and twelve-string), and Hammer added a Moog synthesiser, which enabled him to bend notes, mimicking the phrasing of McLaughlin's guitar.

Their musical style was an unprecedented blending of genres: they combined the high-volume electrified rock sound that had been pioneered by Jimi Hendrix, complex rhythms in unusual time signatures that reflected McLaughlin's interest in Indian classical music as well as funk, an improvisational concept that was rooted in jazz as well as Indian music, and some harmonic influence from European classical music. The group's early music was entirely instrumental; their later albums had songs which sometimes featured R&B or even gospel/hymn styled vocals. In the aforementioned two albums, though, the group goes from this intense fusion of upbeat genres (the best example of which is "Noonward Race") to very serene tunes such as "A Lotus on Irish Streams" and "Thousand Island Park", which are pieces for acoustic guitar, piano, and violin; or from low-key to extremely busy in a single piece, such as "Open Country Joy".