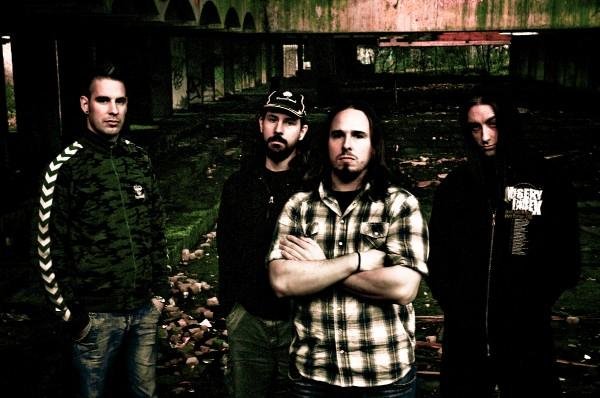 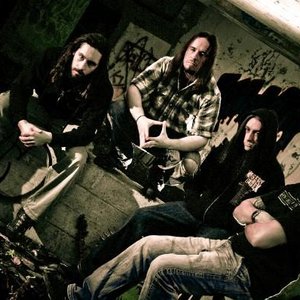 Man Must Die formed in October 2002 in the underbelly of Glasgow, Scotland. It became evident that after the first rehearsal that something special was brewing, the songs practically wrote themselves and the intensity was devastating, four songs were quickly written and recorded in May of 2003. The band immediately set out to make a name for themselves by playing shows throughout the United Kingdom. One song was placed on the then MP3.com site and within two weeks, hit number one on the worldwide Death Metal chart. MMD also received an invitation to play Maryland Deathfest 2004 based solely on this first demo. The demo was sent out to a select number of labels and by August of 2003 the band had signed to Retribute Records.

Man Must Die recorded their first full length “…Start Killing” with producer JF Dagenais (Kataklysm/ Misery Index/ Despised Icon) in Glasgow during December of 2003. “…Start Killing” saw a May 2004 release and MMD worked steadily to promote the album in the UK and abroad. The band made their first US appearance at the Maryland Deathfest 2004 and spent months and months playing weekends and going on week-long runs.

MMD then took some time to consider their next move and returned to the studio with a new passion and aggression, seeing an almost new band begin to emerge. MMD began the writing process quickly and put down some new tracks to capture the new energy, this time attracting the attention of Relapse.

“To be apart of the Relapse family makes us proud. Relapse has always represented the best extreme in metal/grind and there isn’t a better suited label for MMD,” McFarland says, “and to be the first UK band to sign to Relapse is an honor in itself.”

In November 2006 Man Must Die traveled to Montreal, Canada and entered Studio Victor with producer JF Dagenais once again to begin work on their new full length and Relapse debut “The Human Condition”.

This new collection of tracks captures the ferocity and energy of MMD and mixes both their melodic and brutal sides with a more considered and mature approach to song writing. The level of aggression in “The Human Condition” is striking musically, but is driven home by a raging performance by vocalist Joe McGlynn. The band states; “It was important for us to capture what MMD is all about on this CD and we are happy with what has been created.”