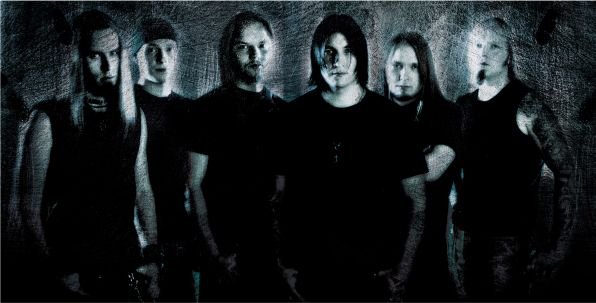 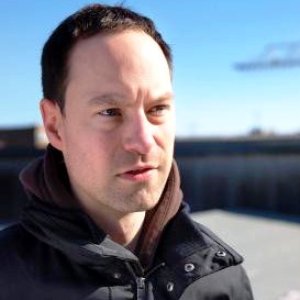 There are at least six artists called Manitou.

Manitou was a NWOBHM band from England in the 80:s. They had two songs, Manitou and Overlord, on a various artists Lp from Suspect Records 1981, called “Scene of the crime”, Members: Paul Canny-guitar, Ian Rawlings-bass, Chris Watson-guitar and keyboards, Beano-vocals and Neil Hames-drums.

Manitou was a Dutch black/doom metal band by members of Hordes, Countess & Fallen Temple. Their debut demo tape "Nothing This Evil Will Ever Die, which ironically turned out to be their last too, was released in 1993.

Manitou was a technical metal band from Norway. In 1995 they released the album Entrance, a cd full of very technical, but still accessible, metal. Manitou was never very well known and they broke up after just this one professional recording, but vocalist Øyvind Hægeland resurfaced in the now legendary
Spiral Architect and Entrance has since become a token collector's item for fans of technical metal.

Manitou, a heavy metal band hailing from Karhula-area (the sub-urban of Kotka), Finland, was formed sometime around 1997 with a little bit different line-up. The main point of the band was then and still is to make traditional heavy metal mixing a little proggy elements here and there. The archetypes for Manitou are for example Queensryche, Iron Maiden, Dream Theater, Ozzy, Tarot, Dio, Judas Priest and Annihilator…

The first demo recording Mad Moon Rising was made by the band itself in a rehearsal place at the beginning of the year 1999 and because of that, it suffered from poor sound quality. The next demos were recorded at a local studio and were called Mercenary (1999), Machine Mind (2000) and Face The Snake (2000). After this last one-song demo the band fired their second guitarist Turo Komulainen and replaced him by Markus Vanhala, a guitarist from another local metal band Omnium Gatherum. He debuted on the music video for the song "Face The Snake" which was broadcast abundantly on the Finnish music television channel Moon TV. The following demos were Brothers Promise (2001) and The Valley Of Evergreen (2002). Manitou also made another music video from the song "Valley of Evergreen" in February 2002.

As a result of laziness the Valley Of Evergreen demo was practically the first one that the band ever sent to any record companies or anywhere else. Rage Of Achilles Records from England signed Manitou right after receiving the demo. The debut full-length album The Mad Moon Rising was recorded at Sonic Pump Studios in Helsinki, Finland and released through Rage Of Achilles in early summer 2004. The album got awesome feedback from the media, for example UK´s legendary Kerrang! Magazine praised that “Young Finns deliver an instant classic at the first attempt”, and gave 5/5 K´s to the album.

Soon after the album release Rage Of Achilles label quitted their business in late 2004 because of label´s financial problems. So, Manitou had to find soon a new label to work with as the debut release wasn´t promoted much because of this. It was a good chance to re-release the album with a couple of bonus tracks through Firebox Records. Some line-up changes took place as well. After the tour with ex-Iron Maiden vocalist Paul Di´Anno in late 2004 Manitou keyboardist Jukka Perälä was fired because of attitude problems. Manitou didn´t take anyone to replace him, as the band had made the decision to develop their style more into traditional heavy metal style, away from the progressive style. Manitou also played one show as Di´Annos background band, playing early Maiden classics, as Di´Anno himself liked so much Manitou´s stuff and their attitude.

Soon after re-releasing The Mad Moon Rising the band signed a deal with Firebox Records for two further albums. The second, yet-unreleased album "DEADLOCK" was recorded at the end of the year 2005 at Sound Supreme Studios in Hämeenlinna, Finland. Material could be described as ballsier, more straight-forward heavy metal with little bit lunatic wanna-be-proggy spices here and there… Wait to be unleashed until spring 2006!

Manitou is also a "trance-folk" group from North America. During the weekend of August 24th, 2007 - seven unique musicians met together at the foot of Pike's Peak in Manitou Springs, Colorado. Their mission: to record an instrumental and improvisational album in the majestic and spiritual setting that is the Garden of the Gods.

Organized by the legendary Robert Force, the group, dubbed Manitou, includes three other performers of the mountain dulcimer; Bud Ford III, Bing Futch and Quintin Stephens Rounding out the dulcimer quartet are bassist Dave Batti, guitarist Roger Zimish and percussionist/vocalist Judy Piazza, who also performs on mountain dulcimer. The ensemble performed together for the first time live at the opening night of the 25th Annual Manitou Springs Mountain Music Festival and followed that rousing show with a recording session the next morning in the Garden of the Gods.

The Garden of the Gods is a magical place that was once an encampment for many different tribes of Native Americans. Mountain Utes, then the Apache, Comanche, and finally the Kiowa, Pawnee, Arapaho and Cheyenne tribes all came through the valleys of rust-colored sandstone and towering gypsum and shale rock. It's believed that the tribes attributed mystical power to this place.

Tapping the vibrant energy of the space, Manitou set up equipment to capture a live 90-minute performance based entirely on improvisation. The result is a full-length CD and accompanying DVD, due to be released at a future date. The piece in the player on this page, "Boy On Rock", is a raw recording taken from one of the HD video cameras shooting the event.

Both during the session in the Garden of the Gods and during their stage performances throughout the festival, Manitou has demonstrated the ability of acoustic folk music to cross over the boundaries between musical genres. With the full flavors of World, Tribal and Trance music sprinkled throughout the musical imagery, wide open mountain dulcimer tones wash and swirl together with colorful acoustic guitar and bass. Didgeridoo and Native American flutes add to the ambient soundscapes; music floated in through seven different channels on one perfectly beautiful day.

Live, Manitou is a shape-shifting entity, a dynamic and engaging experience that creates a fusion of the familiar and the fantastic. From renditions of "Sloop John B" to slinky performances of all three parts to "Another Brick In The Wall", the group explored the "folk" aspect of folk music by celebrating the music of the people.

Manitou is an alias of ambient guitarist Matt Borghi.