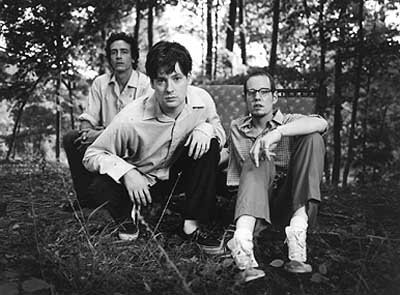 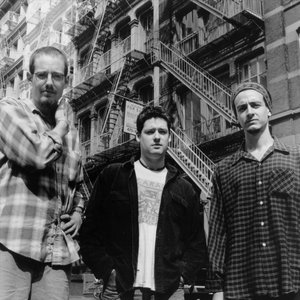 Marcy Playground is an American alternative rock and post-grunge band. Named for the formative location in lead singer John Wozniak's childhood (the Marcy Open grade school in Minneapolis, Minnesota), Marcy Playground emerged in the late 90s. They had been influenced heavily by Kurt Cobain and his band Nirvana. The influence is quite clear on Marcy Playground's self-titled album, with songs like The Shadow of Seattle and Saint Joe On The School Bus. Wozniak's first effort, Zog BogBean - From the Marcy Playground, was self-produced, recorded in his bedroom studio with some help from his then-girlfriend Sherry Fraser and her brother Scott in the early nineties. A small run of CDs were self-released by Wozniak, and to this day they remain extremely difficult to find.

In 1996, after attending the Evergreen State College for two years, Wozniak moved east to New York, where Marcy Playground began to coalesce around the songs that would become the self-titled album. Bassist Dylan Keefe and drummer Dan Rieser filled out the band's sound, and complemented Wozniak's songwriting. The self-titled album was released in 1997, and Marcy Playground emerged into the mainstream with the success of the single "Sex and Candy." Marcy Playground is quiet and minimalist in tone. Wozniak's songs run in many different styles: some are modern folk music; many have undertones reminiscent of children's songs; the blurred sound of psychedelia makes appearances; and then there are the songs with a clear rock sound. The only band member who contributed to all of the album was Wozniak himself; several others filled in for Rieser and Keefe on some of the songs, notably Jared Kotler (bass and drums).

Marcy Playground's next outing was 1999's Shapeshifter, not as much of a success commercially as the self-titled album.

A minor controversy came to light when Paul Leary of the Butthole Surfers revealed on Marcy Playground's website forum that the cover art for Shapeshifter had originally been conceptualized and commissioned by Leary for his band's aborted After the Astronaut album. He admitted to being a fan of Marcy Playground, but accused the band of an apparent lack of imagination and originality. Leary's outrage was eased once he learned that Capitol Records, former home of the Butthole Surfers and then-current home of Marcy Playground, had pitched the artwork to Wozniak as original work from their own art department and that Marcy Playground had no knowledge of the work's origins. Upon learning the truth, Wozniak proclaimed that he was "honored" to have an album cover designed by Paul Leary. There were apparently no bad feelings between the bands once the controversy had been cleared up.

After Shapeshifter, drummer Dan Rieser left the band to pursue other interests. The position was eventually filled on his recommendation by Gonzalo Martinez De La Cotera, a friend whose previous band Lincoln had opened for Marcy Playground.

After a considerable hiatus and at least one failed attempt to record a follow-up to Shapeshifter, Marcy Playground's third album, MP3, was finally released in 2004 with even less commercial success than the two preceding albums.

Marcy Playground did little if any touring in support of MP3. Despite releasing many singles, the band never matched the success of their single "Sex and Candy".

As of July 12'th 2008, John Wozniak posted a blog on MySpace stating his unreleased solo effort is now officially going to be a Marcy Playground record and is going to be released within the next few months along with a separate "Rarities and B-Sides" album. They are still performing live although to their many fans dismay, venues are sporadic. Meanwhile, Keefe has held the job of WNYC radio program On the Media's technical director, a position he left in December 2007.