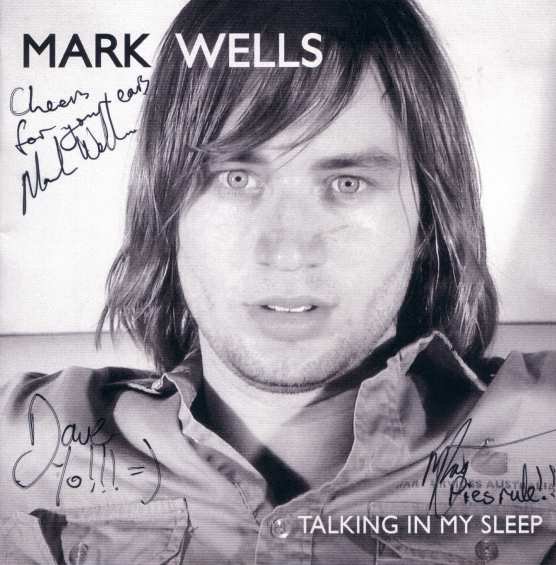 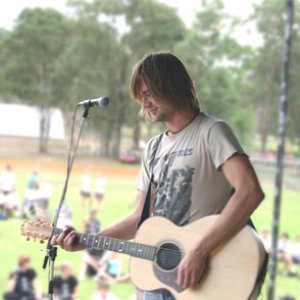 When Mark Wells first picked up a guitar at 8 years of age, someone forgot to tell him that it would change his life forever. He joined his first band in high school with long-time friends Tim Russell, Matt Plummer and Alexander McIntyre as lead singer of the now infamous Supersonic.

Now Mark is set to carve out a solo career with his infectious brand of pop/rock songwriting and his energetic live show.

Music has taken Mark to some fairly interesting places – from performing centre stage at the Sydney Entertainment Centre, to appearing on bills with Shihad, Evermore and The Whitlams, to an Australian tour and album release with Supersonic in 2004, and finally…back to the studio.

At least that’s where Mark has been in pre-production for the last few months, demoing some new original tunes for his debut solo national release.

Keen to road test some of the new material, Mark played a string of dates along Australia’s East- Coast in October of this year, finishing with a memorable show at Melbourne’s legendary rock venue, the Esplanande Hotel.

His limited run Talking in my Sleep EP has sold out numerous pressings and spawned the track “Be Your Lover”, which earned Mark a 1233 Newcastle ABC Music award for Best Adult Contemporary Release in 2005 and gained him national airplay on the ABC radio network. His song “When You Fall” was also on high rotation on national youth radio broadcaster, Triple J.

But perhaps that’s enough history for now. The future looks to be a very busy time for Mark, and something big is just around the corner.

Mark’s highly anticipated debut solo album is due for release in March 2007 and will be accompanied by an extensive national tour.