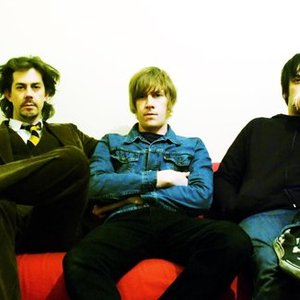 MARY TREMbLES combine sparseness with menacing intensity and melodic pop hooks. The Brisbane, Australia - based 3 piece was actually born in Los Angeles. Founding member and principal songwriter Skritch (Tex Perkins' Dark Horses, Gota Cola) was chatting with Damon Cox (Intercooler) over drinks at The Viper Room after an Intercooler show. (Skritch was on live sound duties for Intercooler on their US tour) Both agreed they needed an additional creative outlet and Skritch had a swag of songs which were screaming to be heard. Upon their return to Brisbane they called upon longtime friend Duey Coert and the line-up was complete. This was June 2005.

MARY TREMbLES has completed a 7 song mini-album entitled ‘ps…situation’ which was released in June 2006 on Plus One Records. (home to Intercooler, Giants Of Science, The Gin Club, Iron On) and is distributed in Australia by Shock. The opening track 'Scene From Below' was instantly added to high rotation on national radio network triple j. The band were also selected as a triple j 'Next Crop' artist for Ausmusic Month in November 2006. In past years, Next Crop has introduced the public to the likes of Wolfmother, Wolf & Cub, Josh Pyke and more. The band has been playing shows virtually non-stop since the release of ps…situation, with the likes of Urge Overkill (US), Datarock (Norway), Beasts Of Bourbon and The Mess Hall, and recently played the Big Day Out festival.

More than just a side project, MARY TREMbLES have built a strong reputation for their dynamic live shows.

Currently on tour in Australia. For dates check out: www.myspace.com/marytrembles