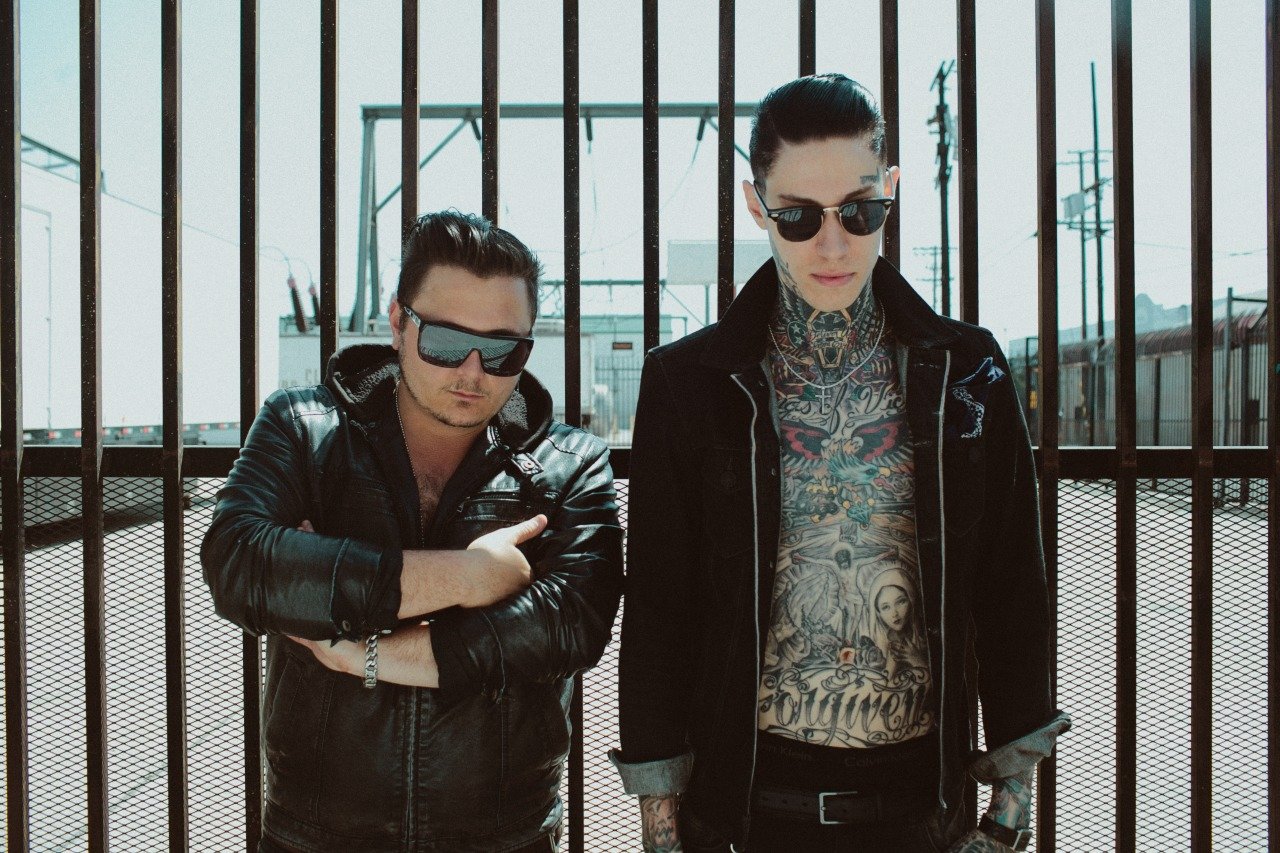 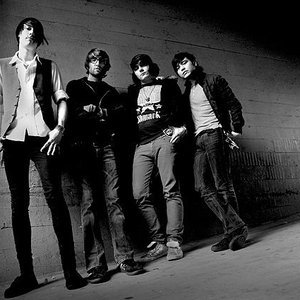 Metro Station was a band that started in Los Angeles, California in 2006, playing a mixture of electronic music with pop rock and powerpop styles. Originally an indie sensation, they've signed to Columbia/Red Ink Records, and they're best known for their RIAA certified double-platinum single "Shake It", which they released from their self-titled debut album, 'Metro Station', in March 2008. Popularized mainly by their co-frontman Trace Cyrus, the band has experienced a boom in their record sales.

In 2007, musicians Trace Cyrus and Mason Musso agreed to meet on the set of the Hannah Montana TV show, in which Mason's brother, Mitchel Musso, and Trace's half sister, Miley Cyrus, star together. Hitting it off, they soon discussed their love for cheerful pop rock. Sharing musical interests, they decided to form a band. Shortly thereafter, Cyrus recruited Blake Healy from Synthetic Joy as a keyboardist and bassist.

Trace soon dedicated himself to being the lead guitarist as well as a co-vocalist. Mason is the main singer and guitarist, having a nice vocal rapport with Trace. Mason notably sang the track "Seventeen Forever", which Metro Station released on their MySpace page to underground acclaim. The track gained the attention of percussionist Anthony Improgo, who was soon added as the band's drummer.

Their popularity on MySpace Music grew, topping the "MySpace Music Unsigned Bands" chart. An intern in Columbia Records' special 'Walking Eye' program discovered the band while looking through the MySpace charts, and they were signed shortly thereafter. In the July 2007 issue of music magazine 'Alternative Press', Metro Station was notably listed as one of the "22 Best Underground Bands (That Likely Won't Stay Underground for Long)".

The band released their self-titled debut studio album in September 2007. The album had two related singles released, "Kelsey" and "Control", but both failed to chart, although with higher sales of the album later on both became more popular. Though criticized for being overly derivative of previous electropop groups. 'Metro Station' received some positive critical reviews.

The release of the band's third single, "Shake It". in March 2008 proved to be the magic moment. As the weeks passed, the song grabbed the band a significant amount of commercial exposure, hiking up into the top-ten of three U.S. charts. Specifically, "Shake It" peaked at #3 on Hot Digital Songs, #9 in the Pop 100, #10 in the Billboard Hot 100 and also at #20 in the Hot Dance Airplay chart. The success of the song also affected album sales, the album charting nine months later in 2008 at #43 in the Billboard 200, #1 Top Electronic Albums, and #2 in the Top Heatseekers. The song has since been RIAA certified as double-platinum.

Since breaking through commercially, Metro Station has toured with numerous bands such as We The Kings, Boys Like Girls, Valencia, Cobra Starship and Good Charlotte. They toured with Boys Like Girls, Good Charlotte and The Maine for the popular 'Soundtrack of Your Summer Tour 2008' events, which meant opening for bands such as Simple Plan. However, Blake Healy and Anthony Improgo ended up deciding to leave the band.

The group also contributed a song to Tim Burton's 2010 re-imagining of 'Alice In Wonderland', putting into the related soundtrack the tune Where's My Angel". Yet things had come between the band members over the years. In March 2010, they decided to call it quits after many disputes arising.

Metro Station reformed in May 2011, and they released a new song titled "Ain't So High" with plans to release a new album. At that point, the band only consisted of Mason Musso with Blake Healy and Anthony Improgo contributing instruments and production. Over the past several years, the band's future has been very much in flux.

On August 13, 2014, Cyrus returned to the band, four years after previously leaving. Shortly after Cyrus' return, the band released a new single titled "Love & War" and announced the band's inclusion on The Outsiders Tour, which consisted of The Ready Set, The Downtown Fiction, and Against The Current. On October 28, 2014, the band released the music video for a single "She Likes Girls". On October 14, 2014, the group released an EP titled Gold.

On June 30, 2015, the band released a new album, Savior. The album features 18 tracks, including the single "Getting Over You" featuring Ronnie Radke.

Metro Station has announced that the band is in the process of recording an acoustic album.

In 2017, the band announced they were breaking up.