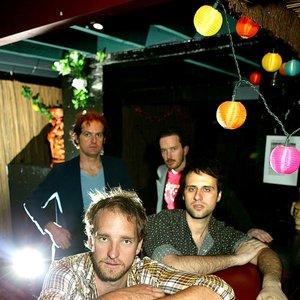 Mexico City formed in Brisbane, Australia, earlier this century taking their name from a red-light district bar in Albert Camus' novel The Fall.

The four-piece soon set about exploring that great tradition of songwriting, where rock n roll lays down besides country, blues and soul, and figures such as Dylan, Neil Young, the Stones, Creedence and The Band reign supreme.

After releasing two EPs and a well-received debut album (2006's Black Comedy) the band returned to stages and the airwaves last year with the release of their critically-acclaimed second album, Brown Bird, in April.

Packed with freaks and geeks, the supernatural and the supernal, Brown Bird found the band simultaneously refining and expanding on the template set down by their previous recordings.

From the roaring garage rock of “Raised An Empire” and “Baby You've Changed” to the stark, crystalline shiver of “R U Spiritual”, Brown Bird marked a bolder, more confident Mexico City.

The country-rock flourishes of previous releases were relegated to the background for the most part as the band instead cranked up the amps and delivered a batch of tunes that crackled with emotion and abandon. Piano also took centre stage on a couple of key tracks.

The response from audiences and critics was unanimous with Brown Bird earning praise from some of Australia's most respected music publications:

“Bands such as Drive-By Truckers get a lot of good press but here's a band that's just as powerful right under our noses.” The Courier-Mail

“Has the attractive swagger of a beguiling outsider more than comfortable in his skin.” The Age

“It all comes together like a bird taking flight.” The Brag (Indie album of the week)

“A delightfully well-balanced album, superior to its predecessor in just about every way” Scene

It all culminated in August when Mexico City took out top honours in the 2009 Q Song Awards, winning The Courier-Mail People’s Choice Award for song of the year as voted by Queenslanders for “Baby You’ve Changed”.

2009 also saw the band tour up and down the east coast of Australia, play a prestigious month-long residency at the Brisbane Powerhouse and support indie-rock chanteuse Cat Power on New Year's Eve.