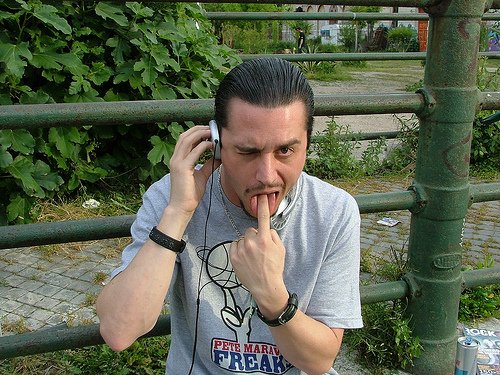 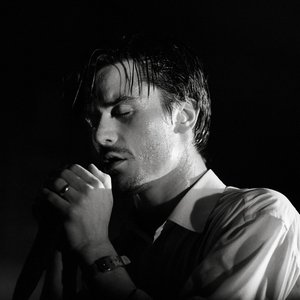 Michael Allan Patton (born January 27, 1968, in Eureka, California) is an American singer, songwriter, composer, multi-instrumentalist, and video game voice actor, best known as the lead singer of the rock band Faith No More from 1988 to 1998, which recently reunited in 2009 and will be touring Europe this summer. He has also handled lead vocals and composed music for Mr. Bungle, Tomahawk, Lovage, Fantômas, The Dillinger Escape Plan, Moonchild Trio and Peeping Tom.

Patton has earned critical praise for his diverse vocals, which touch on crooning, falsetto, death growls, rapping, chanting, mouth music, beatboxing and scatting, among other techniques; critic Greg Prato writes, "Patton could very well be one of the most versatile and talented singers in rock music."

He has many producer or co-producer credits with artists such as John Zorn, The Melvins, Melt-Banana, Kool Keith, and Björk. He co-founded Ipecac Recordings with Greg Werckman in 1999, and has run the label since.

Patton grew up in Eureka, California, where he and his friends (including long-time members Trey Spruance and Trevor Dunn) formed Mr. Bungle circa 1984. During the late 80s they recorded the cassette-only demos "The Raging Wrath of the Easter Bunny", "Goddammit I Love America", "Bowel of Chiley" and "OU818" (featuring tracks that would appear on their first Warner Brothers album), and earned a modest local following. Patton joined Faith No More in January 1989 and filled the vocal void left by the unreliable and recently-fired Chuck Mosely, who moved on to the band Cement. Faith No More's The Real Thing was released later the same year. The album reached the top ten on the charts thanks largely to MTV's heavy rotation of the Epic music video (which featured Patton in a Mr Bungle t-shirt).

In the United States, Faith No More would never again match the commercial success of "The Real Thing" but their music continued to evolve into new and sometimes stranger areas of rock music. After three more studio albums ("Angel Dust", "King for a Day... Fool for a Lifetime", and Album of the Year") Faith No More officially disbanded in 1998.

During his time as a member of Faith No More, Patton continued to collaborate with Mr. Bungle. His success in mainstream rock and metal ultimately helped secure Mr. Bungle a record deal with Warner Bros. The band released a self-titled album (produced by John Zorn) in 1991, and the highly surreal "Disco Volante" in 1995. Their final album was "California".

Patton's other projects have included two solo albums in the Composer Series on John Zorn's Tzadik]/label] label ("Adult Themes for Voice" in 1996 and "Pranzo Oltranzista" in 1997). He is a member of Hemophiliac where he does voice effects along with John Zorn on saxophone and Ikue Mori on laptop electronics. This group is billed as "improvisational music from the outer reaches of madness". He has also guested on Painkiller and Naked City recordings. He's appeared many times on other Tzadik releases with Zorn and others.

There have also been several projects over the years that have not seen an official release, although some live bootlegs do circulate. These projects include House of Discipline (with Bob Ostertag and Otomo Yoshihide), Moonraker (with Agata Ichirou of Melt-Banana, Buckethead and DJ Eddie Def), Christian Fennesz (Fennesz) and Mike Patton, and Mike Patton & Rahzel. Patton contributed vocals to the Team Sleep song "Kool-Aid Party", but the song did not make it onto the final album. This is likely due in part to the unfinished album having been leaked very early onto the internet.

In 2007, Mike Patton played the voice of the eponymous possessive primeval force in the video game The Darkness, working alongside Kirk Acevedo, Lauren Ambrose and Dwight Schultz. He also had a minor role in Valve Corporation's 2007 release, Portal as the voice of the Anger Sphere in the final confrontation with the insane supercomputer, GLaDOS. He has another role in the Valve title, Left 4 Dead. In October, 2007 it was announced that he would be voicing the main character in Capcom's remake of their classic title, Bionic Commando. Mike also provided the voices of the monsters in the 2007 film I Am Legend starring Will Smith. Patton is known to be an avid video game player.

In February 2006, Mike Patton performed an operatic piece, composed by Eyvind Kang, at Teatro di Modena in Italy. Patton sang alongside vocalist Jessika Kinney, and was accompanied by the Modern Brass Ensemble, Bologna Chamber Choir, and Alberto Capelli and Walter Zanetti on electric and acoustic guitars. Of the experience, Patton remarked that it was extremely challenging to project the voice without a microphone.

In 2005, Patton signed on to compose the soundtrack for the upcoming independent movie Pinion, marking his debut scoring an American feature-length film. However, this has been held up in production and may be on the shelf permanently. His other film work includes portraying two major characters in the Steve Balderson film Firecracker. He has also expressed his desire to compose for film director David Lynch.

Patton's long-gestating Peeping Tom album was released on May 30, 2006 on his own Ipecac label. The set was pieced together by swapping song files through the mail with collaborators like Norah Jones, Kool Keith and Massive Attack, Odd Nosdam, Jel, Doseone, Bebel Gilberto, Kid Koala, and Dub Trio.

"I don't listen to the radio, but if I did, this is what I'd want it to sound like", Patton says of the project. "This is my version of pop music. In a way, this is an exercise for me: taking all these things I've learned over the years and putting them into a pop format."

Recently, Patton has worked with Björk and the beat boxer Rahzel. He is often featured on new releases, and is regarded as extremely hard working. Faith No More keyboardist Roddy Bottum remarked about Patton "caffeine is the only drug he does", in reference to the Faith No More song Caffeine from the album "Angel Dust", which Patton wrote while in the middle of a sleep-deprivation experiment.

More recently Patton has lent his talents for the Derrick Scocchera short film A Perfect Place for the score/soundtrack, which out-lengths the film itself.

It has been announced that in December 2008 along with Melvins, Patton will co-curate an edition of the All Tomorrow's Parties' Nightmare Before Christmas festival. Patton will choose half of the lineup and also perform the album The Director's Cut in its entirety with Fantômas. Patton will also be appearing as Rikki Kixx in the Adult Swim show Metalocalypse in a special 2 part episode on August 24th.