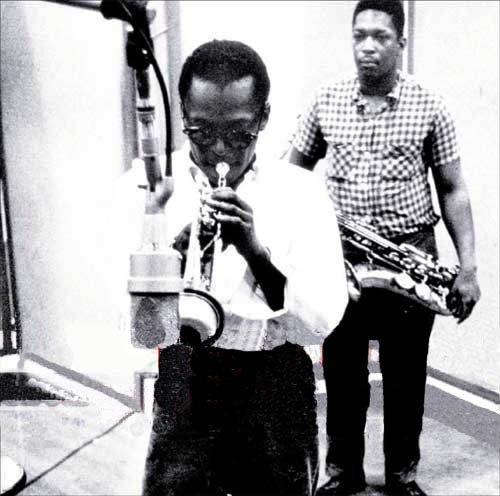 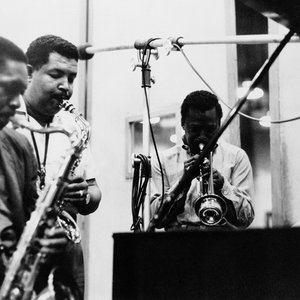 The Miles Davis Quintet was an American jazz band from 1955 to early 1969 led by Miles Davis. The quintet underwent frequent personnel changes toward its metamorphosis into a different ensemble in 1969. Most references pertain to two distinct and relatively stable bands: the First Great Quintet from 1955 to 1958; and the Second Great Quintet from late 1964 to early 1969, Davis being the only constant throughout.

In the summer of 1955, Davis performed a noted set at the Newport Jazz Festival, and had been approached by Columbia Records executive George Avakian, offering a contract with the label if he could form a regular band. Davis assembled his first regular quintet to meet a commitment at the Café Bohemia in July with Sonny Rollins on tenor saxophone, Red Garland on piano, Paul Chambers on bass, and Philly Joe Jones on drums. By the autumn, Rollins had left to deal with his heroin addiction, and later in the year joined the hard bop quintet led by Clifford Brown and Max Roach.

At the recommendation of drummer Jones, Davis replaced Rollins with John Coltrane, beginning a partnership that would last five years and finalizing the Quintet's first line-up. Expanded to a sextet with the addition of Cannonball Adderley on alto saxophone in 1958, the First Great Quintet was one of the definitive hard bop groups along with the Brown-Roach Quintet and the Jazz Messengers, recording the Columbia albums Round About Midnight, Milestones, and the marathon sessions for Prestige Records resulting in four albums collected on The Legendary Prestige Quintet Sessions.

In mid-1958, Bill Evans replaced Garland on piano and Jimmy Cobb replaced Jones on drums, but Evans only lasted about six months, in turn replaced by Wynton Kelly as 1958 turned into 1959. This group backing Davis, Coltrane, and Adderley, with Evans returning for the recording sessions, recorded Kind of Blue, considered "one of the most important, influential and popular albums in jazz". Adderley left the band in September 1959 to pursue his own career, returning the line-up to a quintet. Coltrane departed in the spring of 1960, and after interim replacements Jimmy Heath and Sonny Stitt, Davis plus Kelly, Chambers, and Cobb continued through 1961 and 1962 with Hank Mobley on tenor sax.

The two rhythm sections from the Davis Quintet also achieved fame on their own. Garland, Chambers, and Jones recorded as a unit on Art Pepper meets The Rhythm Section and Sonny Rollins' Tenor Madness, while Kelly, Chambers, and Cobb toured and recorded as a trio under Kelly's name, in addition to appearing on the albums Coltrane Jazz and the solo debut of Wayne Shorter, as well as backing Wes Montgomery on Full House and Smokin' at the Half Note. The Kelly-Chambers-Cobb trio also backed Art Pepper on the album Gettin' Together, which included trumpeter Conte Candoli.

Mobley, Kelly, Chambers, and Cobb all left Davis by the end of 1962, and during 1963 he struggled to maintain a steady line-up. By the late spring, he had hired the core of the Second Quintet with Herbie Hancock on piano, Ron Carter on bass, and Tony Williams on drums. Initially with George Coleman or Sam Rivers on tenor sax, the final piece of the puzzle would arrive in late 1964 with saxophonist Wayne Shorter.

The performance style of the Second Great Quintet was often referred to by Davis as "time, no changes", incorporating elements of free jazz without completely surrendering to the approach, allowing the five men to contribute to the group as equals rather than as a leader and sidemen peeling off unrelated solos. This band recorded the albums E.S.P., Miles Smiles, Sorcerer, Nefertiti, Miles in the Sky, and Filles de Kilimanjaro, and the live set considered by The Penguin Guide to Jazz to be their crowning achievement, The Complete Live at the Plugged Nickel 1965.

When Davis began to become more interested in the rock, soul, and funk music of the late 1960s, the Second Quintet unraveled. Carter departed during the sessions for Filles de Kilimanjaro, and Williams left in early 1969 to start his own band, the Tony Williams Lifetime, staying on with Davis to record the groundbreaking In a Silent Way. Davis would continue his innovations into jazz fusion with the album Bitches Brew and his work in the 1970s. As a result, the Second Quintet came to an end, though Hancock would contribute to subsequent sessions with Miles and appear on Jack Johnson, On the Corner, and Get Up with It. Players on In A Silent Way and Bitches Brew would go on to form the core jazz fusion bands of the 1970s away from Davis: Shorter and Josef Zawinul to Weather Report; John McLaughlin and Billy Cobham to the Mahavishnu Orchestra; Hancock and Bennie Maupin to Headhunters; and Chick Corea and Lenny White to Return to Forever.