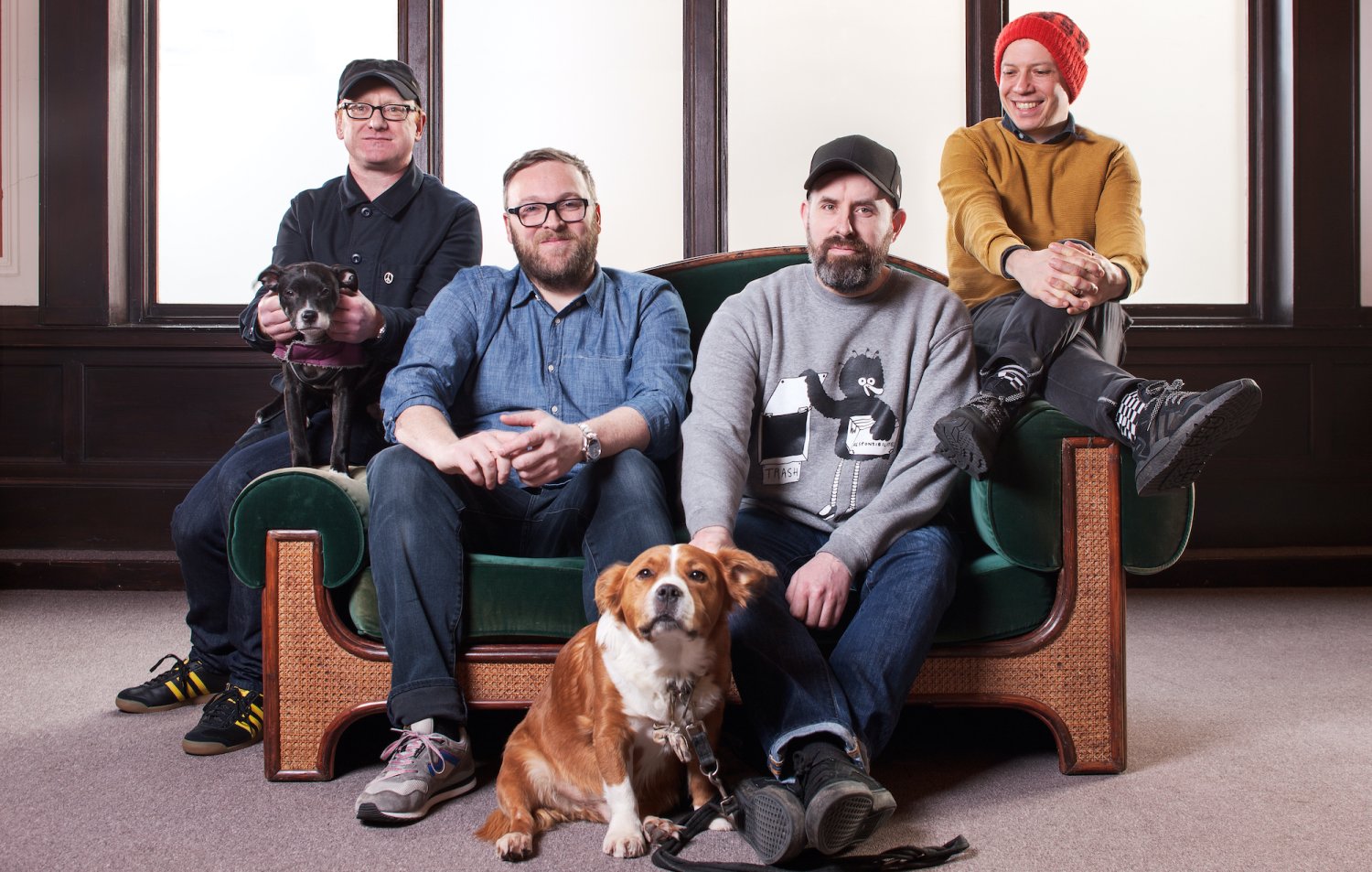 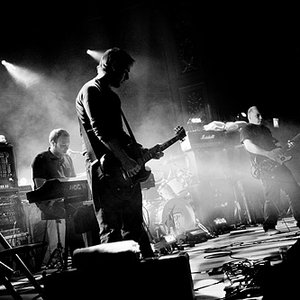 Mogwai are a band from Glasgow formed in 1995. They compose lengthy, mostly instrumental guitar-based pieces in the style of post-rock, usually focused around the elaboration of a single theme, and are known traditionally for their quiet/loud dynamic, defined bass riffs, and an eminent ambient sound, sometimes dark and sometimes grand. Although frequently referred to as post-rock, the band have revealed in interviews that they despise this categorization, insisting that their sound bears little resemblance to pioneers of the genre, such as Tortoise.

The band were originally signed to renowned Glasgow indie label Chemikal Underground, but call a number of labels home, being distributed by different labels such as Matador in the United States and Play it again Sam Records in the United Kingdom. They have also developed their own label called Rock Action Records, named after guitarist Ron Asheton of The Stooges, who had his name changed to Rock Action.

Mogwai are named after the creatures from the film Gremlins (the word itself is Cantonese for 'ghost' or 'hunter' dependant on the semi or literal translation), although Braithwaite comments that "it has no significant meaning and we always intended on getting a better one , but like a lot of other things we never got round to it.".

Their style has been influenced by such bands as The Cure, Joy Division, The Jesus & Mary Chain, Pixies, My Bloody Valentine, and post-rock granddaddies Slint. During 2004 the band were handed support slots on the tours of two of their heroes, the Pixies and The Cure. It has easily identifiable connections to genres like shoegaze, math rock, art rock, and occasionally instrumental metal. While Mogwai's sound bears little resemblance to punk rock, the band seems to identify closely with the punk ethic.

Mogwai's influence on the indie rock scene can be heard in the work of Explosions in the Sky, Italians Giardini di Mirò, Qatsi, and most other contemporary post-rock.

The fifth Mogwai album, Mr. Beast, was released in March 2006 and returned to the heavier sounds of 1997's Mogwai Young Team. Mr. Beast saw Mogwai dropping most of their "post-rock" crescendoing with songs developing more like rock, with direct hooks and lyrics.

In October 2006 Mogwai returned with a soundtrack to the documentary of global football star Zinedine Zidane called Zidane: A 21st Century Portrait, released through their own label Rock Action. They have also released a soundtrack to Darren Aronofsky's 'The Fountain' in collaboration with Clint Mansell and the Kronos Quartet.

The Hawk is Howling was released in September 2008.

In February 2011 the band released their 7th Studio Album Hardcore Will Never Die, But You Will. And, in July 2013, Mogwai performed their soundtrack to Zidane: A 21st Century Portrait for the first time at a number of dates across the UK. Shortly afterwards, on 5 August, the band revealed via Twitter that they were recording a new studio album at Castle of Doom Studios, released in early 2014 called Rave Tapes.

2016 saw the band take part in two soundtracks. Atomic was released in April for the documentary 'Atomic, Living in Dread and Promise', and was composed entirely by the band. They also contributed to Before the Flood (Music from the Motion Picture), which featured Trent Reznor, Atticus Ross and Gustavo Santaolalla.

In 2017, Mogwai released Every Country's Sun, their ninth studio album, which heralded a return to their earlier sound.