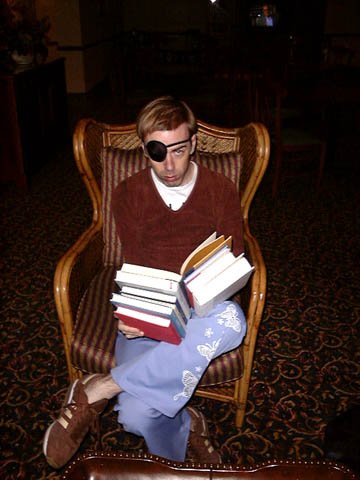 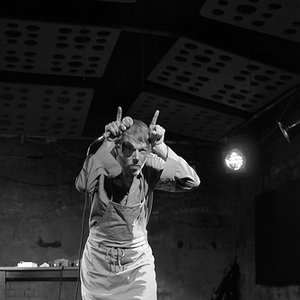 Nick Currie (born February 11, 1960 in Paisley, Renfrewshire, Scotland, UK), more popularly known under the artist name Momus (after the Greek god of mockery), is a songwriter, writer, blogger and artist. Most of his songs are self-referential or postmodern.

For more than twenty years he has been releasing, to only marginal commercial and critical success, playful and transgressive albums on labels in the United Kingdom, the United States, and Japan. In his lyrics and his other writing he makes seemingly random use of decontextualized pieces of continental (mostly French) philosophy, and has built up a personal world he says is "dominated by values like diversity, orientalism, and a respect for otherness." He is also known in certain circles outside the U.S. as a producer. He is fascinated by identity, Japan, the avant-garde, time travel and sex. Live Momus shows are rare but when he does perform he often sings the crowd favourite 'maf' from the Stars Forever LP.
He wears a patch over his right eye because he lost the use of it after contracting acanthamoeba keratitis from a contact lens case washed with Greek tap water.