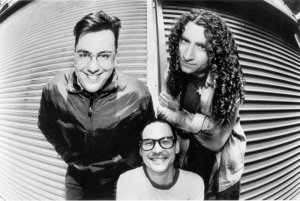 Mono Puff was a New York City band and a side project of John Flansburgh, one-half of the musical duo They Might Be Giants. They released two full albums, one in 1996 (Unsupervised) and one in 1998 (It's Fun To Steal).