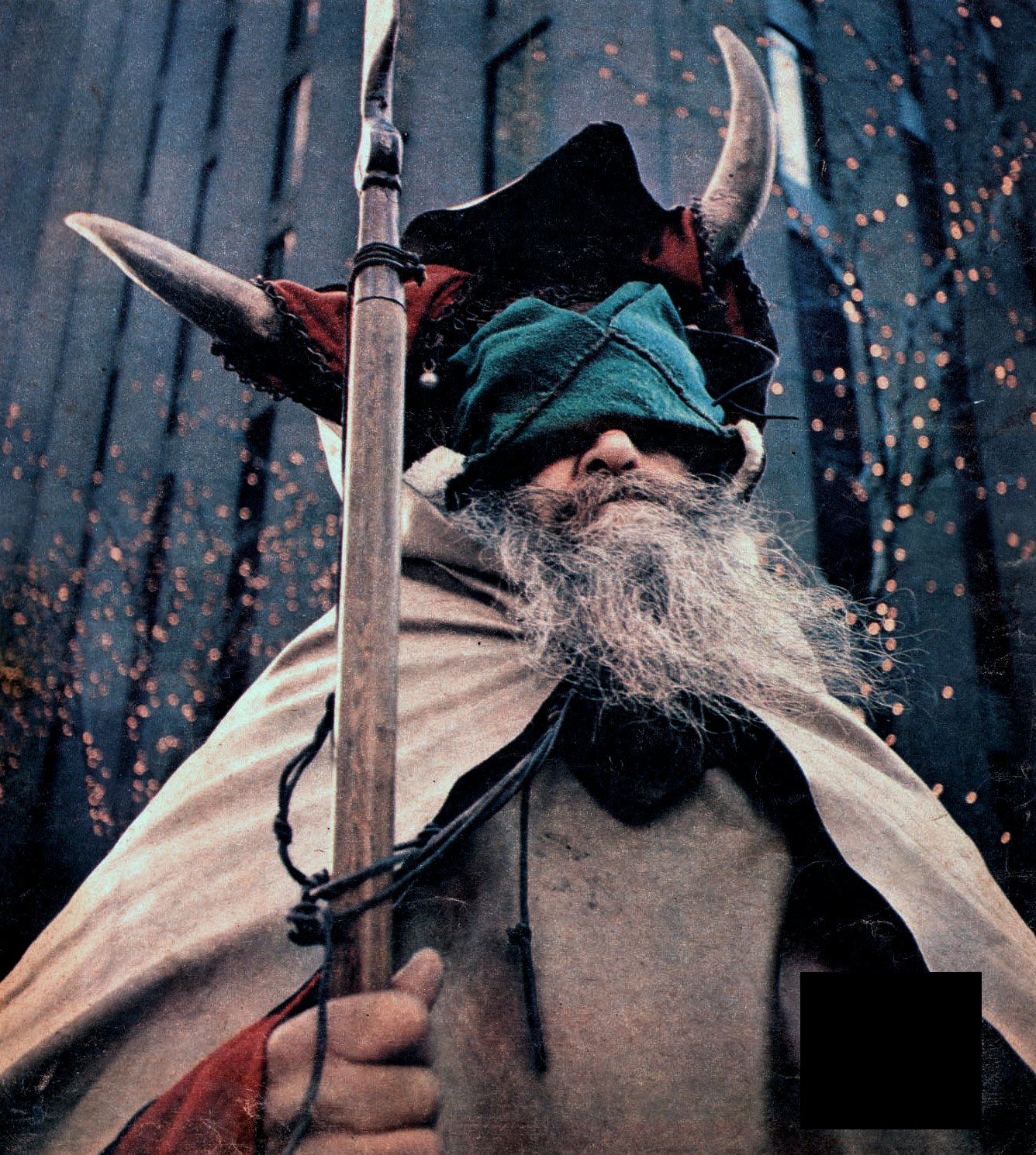 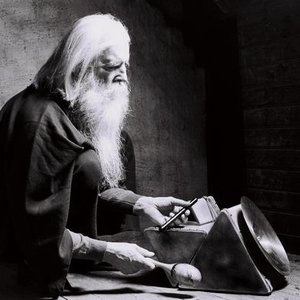 There are 3 artists with this name, 1. Experimental artist Louis Hardin, 2. A project of Walter Schreifels, 3. A short lived band fronted by James Freud formerly of Models.

1) Moondog was the pseudonym of Louis T. Hardin (May 26, 1916 – September 8, 1999). Hardin was a blind New York City street musician, influential composer and former beat poet. From the late 1940s until 1974, he was a permanent fixture on 54th Street and 6th Avenue in Manhattan, wearing a cloak and Viking-style helmet, sometimes busking or selling music, but often just standing silent and still. He was known not only for his music and poetry, but also for the distinctive Viking garb that he wore all his life, including a horned helmet, cloak and spear. He routinely gave away copies of his work to anybody who would take them. In this way, he came to the attention of producer James William Guercio, who took him into the studio to record an album, released as "Moondog" (1969) on the CBS label. The track Stamping Ground, with its odd preamble of Moondog saying one of his epigrams, was featured on the sampler double album "Fill Your Head with Rock". A brief phrase of another track on the album, Bird's Lament (In memory of Charlie Parker) was sampled by Mr. Scruff as the basis for his 7-minute track Get A Move On.

Hardin played drums for the high school band in Hurley, Missouri before losing his sight in a farm accident involving a dynamite cap at the age of 16 After learning the principles of music in several schools for blind young men across middle America, he taught himself the skills of ear training and composition. He studied with Burnet Tuthill and at the Iowa School for the Blind. The music of Moondog in the 1940s and '50s is said to have been a strong influence on many early minimalist composers; Philip Glass has written that he and Steve Reich took Moondog's work "very seriously and understood and appreciated it much more than what we were exposed to at Juilliard."

A second album produced with Guercio, and featuring both himself and his daughter as vocalists, contained song compositions in the forms of canons and rounds. It did not make an impression on popular music as the first had. The two CBS albums were re-released as a single CD in 1989.

In a search for new sounds, Moondog also invented several musical instruments, such as the "Oo", a small triangular shaped harp, and the "Trimba", a triangular percussion instrument invented in the late 40s. The Original Trimba today is still played by Stefan Lakatos, Swedish percussionist, close friend and pupil of Moondog, who also taught him how to build the instrument.

Moondog had an idealised view of Germany ("The Holy Land with the Holy River" — the Rhine), where he settled in 1974. A young German student named Ilona Goebel accommodated him, first in Oer-Erkenschwick, and later on in Muenster in Westphalia, Germany, where he spent the remainder of his life.

Moondog visited America in 1989, at the invitation of the New Music America Festival in Brooklyn, stimulating a renewed interest in his music.

He recorded many albums, and toured both in the US and in Europe — France, Germany and Sweden.

2) Moondog was the name of the post-Gorilla Biscuits, pre-Quicksand project-band of Walter Schreifels, started due to his desire to sing for a band, and to follow the path Gorilla Biscuits had been on before their break-up (one Moondog song, “Distance”, was actually written for the 2nd Gorilla Biscuits full-length that never happened). It’s now being sold as a digital download at Anthology Recordings The band also featured Gorilla Biscuits’ drummer Luke Abbey. The band’s only recorded output is a series of demo-recordings (recorded at Don Fury’s legendary Lower East Side recording-studio). These sessions had Abbey playing drums, with Schreifels handling both guitar, bass and vocals. The few times they played live, Abbey switched to bass, with Armand Majidi (Sick of It All, Rest In Pieces) on drums, and the guitars being handled by Tom Capone (Beyond, Bold, Quicksand, Handsome, Instruction) and Howie (Alone in a Crowd). Although further sessions were planned (which most likely would have led to official releases), the band ultimately collapsed before this took place, with Schreifels shifting focus towards his new band Quicksand, who were initially meant to inherit some of the Moondog-songs, but with the band going in a very different direction than Moondog, that idea was eventually scrapped.

The band only played a handful of live shows (at infamous locations like CBGB and ABC No Rio), and the only officially released Moondog-track (Expression) appears on the “Look At All The Children Now” compilation LP (Evacuate Records, ‘90). Another post-GB band, namely CIV (featuring GB-singer Anthony “Civ” Civarelli, -bassist Arthur Smilios and -drummer Sammy Siegler) also recorded the Moondog-song “They Said We Were The Best” for their first full-length record (“Set Your Goals - an album that Schreifels also helped write songs for).