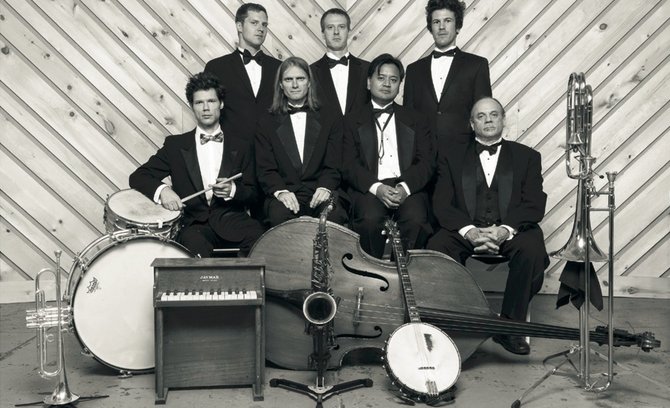 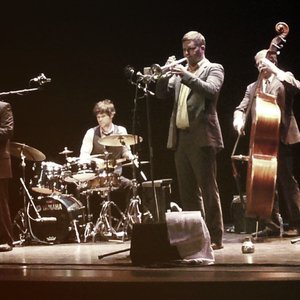 Mostly Other People Do the Killing

Mostly Other People Do the Killing is a quartet founded on the idea that not only is Jazz still alive and vibrant, but it can and should be fun, engaging and thoroughly contemporary. Rather than settling into one style or historical period, MOPDTK fuses the entire spectrum of Jazz and the various forms of improvised music it has spawned into a single, seamless melange of Uber-Jass.

Each of the four members of MOPDTK is a product of the institutional Jazz Education system with additional influences immediately recognizable. Peter Evans, who attended the Oberlin Conservatory with bassist, Moppa Elliott, was a Classical trumpet student who has since become a rising star in the improvised music scene. He recently released his first solo CD, "More is More," on Evan Parker's psi Records label and is lauded for his vast arsenal of highly-developed extended techniques. Jon Irabagon, a Chicago native, studied at both the Manhattan School of Music and Juilliard after leaving his hometown and completing his undergraduate work at De Paul. His affinity for pop music and tenure with the rock band, "Bright Eyes," is evident in his playing as is his encyclopedic knowledge of Jazz saxophone masters. Drummer Kevin Shea is probably best known as an influential innovator of the indie-rock scene and became known to experimental music aficionados after recording with the band, "Storm and Stress," in the late '90's. The chaotic elasticity and overwhelming density of his drumming belies not only his training at Berklee and the New School, but his admiration for drummers as disparate as Jeff "Tain" Watts and Stewart Copland. Bassist Moppa Elliott is the composer and leader of MOPDTK. He teaches music history, theory and chorus at St. Mary's High School in Manhasset, NY in addition to performing with musicians as varied as singer/songwriters, chamber pop, jazz, and varous circus bands.