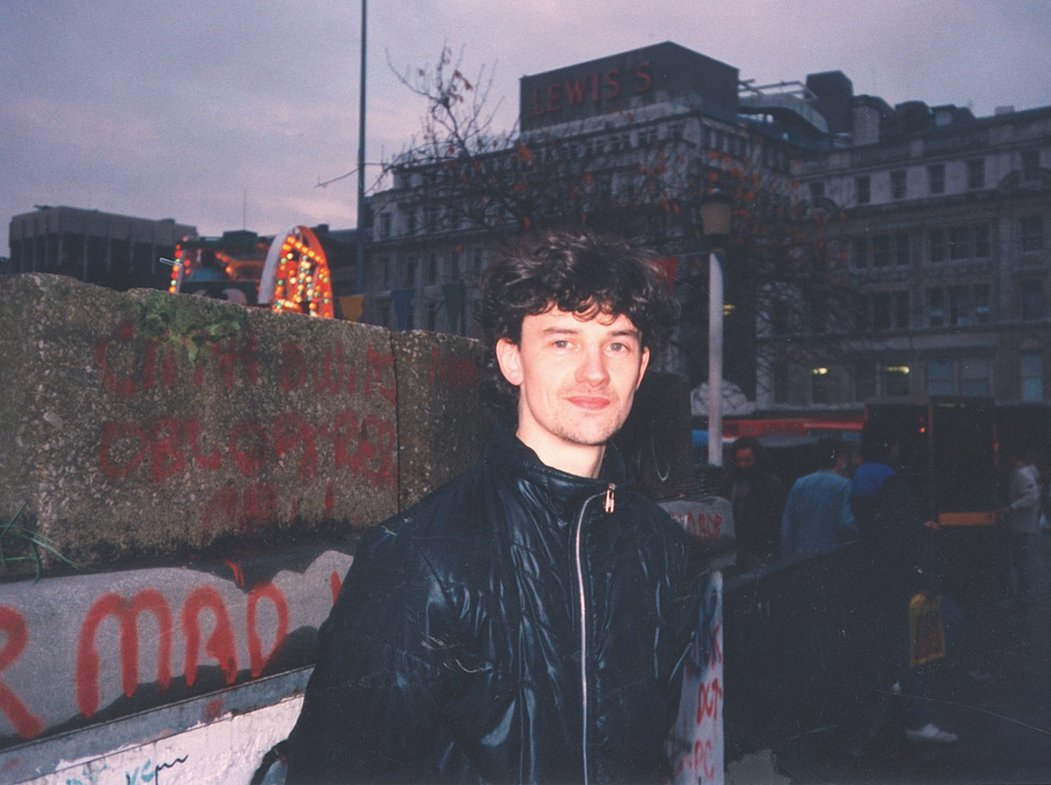 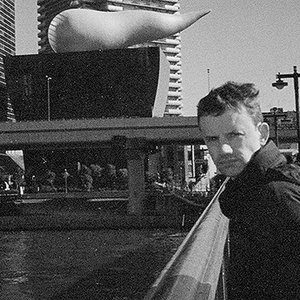 Muslimgauze was the stage name of Bryn Jones (June 17, 1961 - January 14, 1999), an extremely prolific British electronic music artist, strongly influenced by everything to do with the Middle East. The name Muslimgauze was derived from the word "muslin," which is a type of gauze and, somehow, it was changed into an adjective describing the area in which he was interested. He was a staunch supporter of Hamas and the PLO, and he believed Palestine should be freed from the Israelis. Born in Manchester, England, United Kingdom, he never visited the Middle East because he believed it was wrong to visit an occupied land.

He first began making music in 1982, under the alias of E.g Oblique Graph, to protest the Israeli invasion of Lebanon. He released three cassettes and a 7" EP as E.g Oblique Graph: "Extended Play" (1982), "Piano Room" (1982), the 7" "Triptych" (1982), and "Inhalt" (1983). After he changed his name to Muslimgauze, he released a 7" EP ("Hammer & Sickle"), his first full-length LP ("Kabul"), and another cassette ("Opaques") in 1983. In 1990, the Australian record label Extreme signed him, which he left in 1994 for Dutch label Staalplaat and its sister American label Soleilmoon because his releases were not being released as promptly as he had wanted and he was also not receiving payment, and since he had put forth seven releases since he signed, money was becoming a problem. His output was always very high. In 1995, he had six releases; in 1996, fifteen; in 1997, nine; in 1998, sixteen. After his death, the many record companies he had associated with released unreleased material and re-pressed older, out-of-print material. In 1999, the year of his death, twenty-two new (and old) albums and EPs on several media were released.

Strongly against the use of computers and samplers in music, Jones always recorded his music with old analog equipment. He would record himself playing various Middle Eastern instruments and record voices of Middle Eastern people from old tapes. Jones's music was heavily percussive; a review of a rare live performance notes that Jones used a "backing DAT tape with pretty harsh, rhythmic textures, his sort of patented spiralling hypnotic beat, to which he played on two or three different drums with great skill." He actually never looped his music; it was all recorded live, and edited/mixed afterwards. The end result was often loud and staticky, with sudden changes in volume. Jones was never concerned with how many copies of his record were sold, or even how much listeners enjoyed his music, but rather how original his music was.

Muslimgauze music is often difficult to describe as sheer volume, content diversity and often singular stylings make for a confounding task. Nor did Jones produce any hit albums or songs, rather he made music both as audio aesthetic exploration and to express outrage over perceived injustices in and against predominantly Muslim countries. Muslimgauze did incorporate elements from a variety of genres including ambient, techno, house, traditional percussion, experimental-electro-acoustic and Jamaican dub, among a myriad of other styles that he fashioned into his own. Commonalties are often samples and loops of folkloric and regional music from the places such as the Middle East, Africa, and South Asia; field recordings of said regions; and as the recurrent use of percussion. Another defining trait was the mongrelization of disparate ethnic and urban music stylings. On occasion, Jones eschewed stylings he was known for—namely ethno-percussion, to create beatless pure electronic textures or 4/4 dance-oriented material. Muslimgauze music also features more abstract content such as noise and drone on selections from No Human Rights for Arabs in Israel (1995) as well as The Remix (2005), Izlamaphobia (1995), and pure electro-acoustic on Azzazin (1996). Add to that, collaborative efforts with projects such as Apollon, the Rootsman, Bass Communion, Systemwide, and Suns of Arqa—artists who influenced Muslimgauze directly or indirectly and added further breadth to the oeuvre.

Jones produced music with the use of synthesis; drum machines (sometimes used as a sample trigger); sound modules; tape, Digital Audio Tape (DAT) and CD samples and loops; and a wide array of percussion and chimes. Many Muslimgauze albums were recorded in professional studios with the aid of sound engineers to add depth and further audio singularities. Computers were sometimes used in the editing process. In his last few years, Jones had personal access to increasingly sophisticated synthesis and recording equipment but never owned a personal computer.

The Muslimgauze discography is extremely vast. He released over 90 original albums on 32 different record labels, creating nearly 2,000 original songs. Every Muslimgauze piece of music was inspired by a political fact or event. There have been several re-pressings of his work, seeing as, after 1994, most of his albums were released in limited editions of usually 200–1,000. Due to the re-pressings, he has 178 releases at the time of this writing, but the number is rapidly increasing.

Jones disliked live shows and was rarely asked to do them, which is why Muslimgauze performances were so rare. He has always stated that he never had time to listen to other people's music, although in a 1992 interview with Impulse Magazine, he mentioned that he enjoys traditional music of Japan, the Middle East, and India, as well as the works of artists such as Can, Throbbing Gristle, Wire, and Faust. However, despite a few collaborations, Jones didn't trust anyone when it came to remixing his music. Instead, he would usually take pieces of music that were sent to him and remix them to his own liking.

On Wednesday, December 30, 1998, Bryn was rushed to the hospital in Manchester with an unknown illness. He had a rare fungal infection in his bloodstream, and he had to be heavily sedated all the time. His body eventually shut down, and he died at 22:50 GMT on Thursday, January 14, 1999.