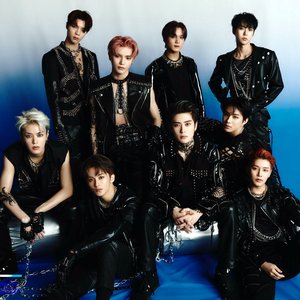 The group made their stage debut on July 7, 2016 on M! Countdown, performing "소방차 (Fire Truck)" and "Once Again (여름 방학)". Their debut extended play titled NCT #127 was released digitally on July 10 and physically on July 11.

Later on July 26, it was announced that NCT 127 will be releasing a single via SM STATION. On July 29, NCT 127 released their new song “Taste the Feeling” which is a collaboration with soft drink company Coca-Cola.

Their second mini album NCT #127 LIMITLESS was released digitally on January 6, 2017 and physically on January 9, 2017. "無限的我 (무한적아; LIMITLESS)" debuted at #1 on Billboard's World Albums Chart. This is the first album to include newly-added members Johnny and Doyoung.

On June 14, the group released their album NCT #127 CHERRY BOMB with title track "Cherry Bomb". The song was described as having a heavy hip hop beat, with members Taeyong and Mark taking part as lyricists for the rap parts of the title track as well as four other songs in the album. Tony Testa choreographed the dance for the title track, which proved to be a hit and was regarded by many as one of the best choreographies of the year.

On January 30, 2018, SM Entertainment unveiled NCT 2018, a project involving all 18 members of NCT. The project involved singles from every existing unit of NCT as well as a song performed by all the members of NCT. NCT 127's song, "Touch" was released on March 13 with a music video. It is the only unit track not to be promoted as a single due to the group project album NCT 2018 Empathy being released the day afterwards.

In May, SM Entertainment announced the release of NCT 127's first Japanese mini-album on May 23 titled CHAIN. The music video for "Chain" was released on May 8. The album includes four new songs, as well as a Japanese version of previous title track "Limitless".

In September 2018, SM announced a full-length album called "Regular-Irregular" set to be released on October 12th. Jungwoo, who had previously not been in NCT 127, joined them for this comeback. The album's repackage "Regulate - The 1st Album Repackage" was released on November 23rd with the title track "Simon Says". Winwin did not join the group's promotions for the repackage as he was preparing to debut in WayV.

On April 17th they released their first Japanese studio album Awaken with the title track "Wakey-Wakey".

On May 24th 2019 they released their 4th mini album "We Are Superhuman" with the title track "Superhuman". An English version of the track "Highway to Heaven" was released on July 18th.